Last year Microsoft was heavily criticized for its press conference at the Electronic Entertainment Expo. Whereas the company had placed a serious emphasis on showing off games at past briefings, at E3 2013 Microsoft marginalized games so that it could share its some of its consumer story for the Xbox One. Well, that won’t be a criticism leveled at the company’s briefing this year. At E3 2014 this afternoon the company showed off nothing but exclusive-timed content deals for big budget games like Call of Duty Advanced Warfare and exclusive Xbox One titles like Sunset Overdrive, Phantom Dust & Crackdown.

The Xbox E3 2014 Media Briefing began with new Xbox Head Phil Spencer thanking fans for their commitment to the Xbox 360 and Xbox One. He then went on to declare that the console the company launched last year and all of the updates that have arrived since then were heavily influenced by user feedback. 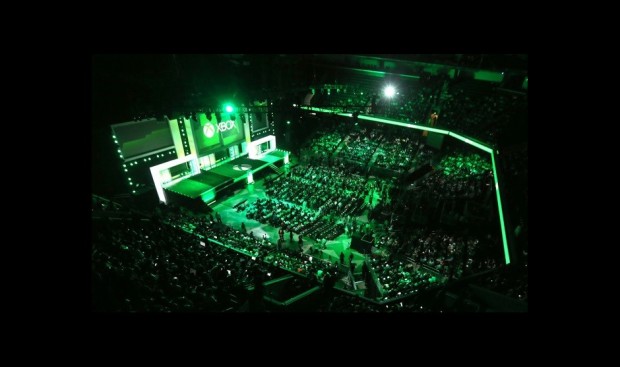 What followed next was an absolute avalanche of games. Among the games coming this year that Microsoft showed off was the exclusive Sunset Overdrive game that looks remarkably like a 3D version of Sonic, albeit with a better and sense of humor. Microsoft also confirmed that it would be relaunching the free-to-play Happy Wars game on the Xbox One and  delivering a free Nurburgring race track to Forza 5 owners today.

Watchers were also treated to new video of Forza Horizon 2, the upcoming arcade style racing game that’ll have 200 cars, a day and night cycle, a dynamic weather system and the ability for users to create their own driving clubs over Xbox Live. A presentation about the game later revealed that users can expect Forza 2 Horizon on September 30th of this year. Forza 2 will be available on the Xbox One and the Xbox 360.

Harmonics talked briefly about two titles that it would debut for the Xbox One’s Kinect 2 sensor later this year. The first is Disney Fantasia, which will allow Xbox One and Xbox 360 users to explore and compose the music of Fantasia without a controller. The company is also delivering a new version of Dance Central for Xbox One. This title will be downloadable only and allow Harmonics to deliver popular songs to dance to more quickly than they could in games past.

Microsoft showed off the multiplayer beta for Fable Legends & a final version of Project Spark, coming exclusively to the Xbox One and Xbox 360 this fall.

It wrapped up this segment by announcing that it’d be delivering not just a revamped version of Halo 2, but Halo: The Master Chief Collection, a title that’ll include every version of Halo featuring the Master Chief plus 4000 Gamerscore and every single games’ multiplayer. To top it all if it also announced that Halo: The Master Chief Collection would also include access to a live action show and the Halo 5: The Guardians beta for this December. Viewers were also treated to a short teaser for the story in Halo 5: The Guardians.

Last year Sony beat Microsoft over the head with games made by independent developers. This year the company wanted to make it known that it supports independent development. Unfortunately, it didn’t share any more details about how Xbox One owners would be able to use each of the consoles as a sort of development kit. Instead it announced that Azez, Knight Squad, White Night, EarchLock, Cuphead, Lifelless Planet, Slash Dash, FRU, Lovers in a Dangerous Spacetime, Might Number 9, Grave, Threes, Woolfe, IDARB, Hellraid, & more would be available on the Xbox One thanks to the ID @ Xbox program that the company announced last year.

Finally, the company revealed three major exclusives. First, its remaking Phantom Dust, a classic tale of power and intrigue that’s earned a sort of cult following. It then announced that it’d be the first console to deliver new content for The Division after its launch. Microsoft also announced two new first-party games; a remake of the open-world Crackdown game, and Scalebound, fighting game that involves giant dragons and a human teaming up for take on enemies.

As some users commented on Twitter and in other places. Microsoft barely announced a single new feature coming to the Xbox One this year, a rather strange departure form briefings in the past. So far, we only know that later this year Microsoft will refresh the Achievements app on the Xbox One so that it tracks user’s progress towards each achievement and is able to be snapped for multitasking. It didn’t even mention the new Xbox UserVoice website that it plans to solicit feedback through. It also didn’t bother discussing the $399 Xbox One that officially goes on sale today.

Now attention turns to Sony. Its PlayStation E3 2014 press conference is scheduled to start at around 9PM Eastern Standard Time. Whether it’ll call Microsoft’s bluff and talk only about games remains a mystery.