Microsoft may have flipped the switch too early this morning on Surface pricing, but it looks like things are now official. The pricing is no different now that the press release is out. (See below). What is news is that there will be limited pre-orders available today beginning at 12 noon EDT, presumably at this link.

Here’s the pricing structure as we stated this morning: A 32GB Surface RT Tablet will set you back $499. That is without a keyboard. That same capacity RT Tablet with the Touch keyboard will cost $599. If you order the Touch Cover separately you’ll spend $119. The Type cover (with moveable keys as opposed to non-raised hardware keys) will set you back $129. There is (was) a 64GB model listed for $699. 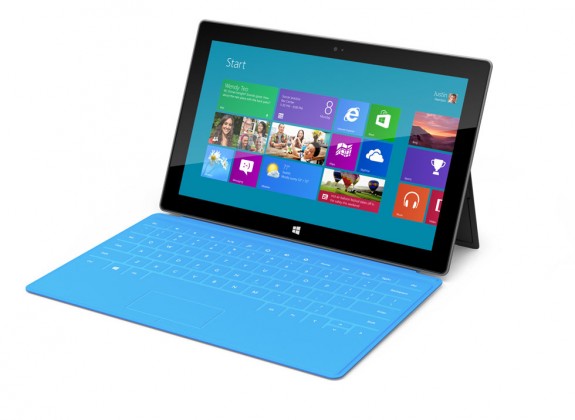 REDMOND, Wash. – Oct. 16, 2012 – Microsoft Corp. today released new details about its highly anticipated Microsoft Surface, a tablet PC designed to be the ultimate stage for Windows. In addition to pricing and market availability, the company announced a special limited-quantity pre-order for Surface with Windows RT available 9 a.m. PDT. Those who want to learn more or pre-order can visit https://www.Surface.com.

A variety of accessories will also be available, including Touch Covers in five vibrant colors – black, white, magenta, cyan and red – priced at US$119.99 so customers can express their personal style. Customers will also have the option to purchase a Type Cover in black for US$129.99, which adds moving keys for a more traditional typing feel.

Anyone pre-ordering today? Let us know.

UPDATE: I pre-ordered a Surface RT with both keyboard options. Reports to come once I have my hands on the device, which according to the verification email will arrive on 10/26. Get your questions ready.