Microsoft had long denied that it was ever in talks to acquire struggling smartphone-maker Nokia, but the two had been repeatedly rumored to be in talks to do just that. A new report on the Wall Street Journal now is saying that the talks to merge have ended.

The two partners had ended what were described as advanced merger talks after meetings were held in London. Nokia and Microsoft were both close to an oral agreement, according to the Journal, to merge, but at the last minute the deal fell through. 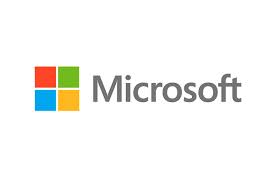 “We have a deep partnership with Microsoft, and it is not uncommon for Nokia and Microsoft to meet on a regular basis,” Nokia responded to the Journal.

Microsoft has shown in recent years that it’s willing to expand beyond making software. The company had debuted its first hardware tablet last year in the form of the Surface line of computing tablets. It is unclear why Microsoft would be interested in acquiring Nokia given that the company had been rumored in the past to explore creating its own Surface smartphone hardware as well.

It was unclear why the talks had broke down, and if Nokia and Microsoft will resume such talks at a future date.

More recently, however, Nokia had been rumored to the subject of another acquisition deal as Chinese smartphone manufacturer Huawei may be looking at acquiring Nokia. If the move is successful, it may expand Huawei’s phone offerings in the U.S. market and could potentially expand Nokia’s PureView imaging technology to Huawei’s Android smartphone offerings. Currently, Nokia has chosen exclusively to use Microsoft’s Windows Phone 8 platform for its smartphone, which limits availability of the company’s PureView technology to that platform.