The official mobile version of Microsoft’s Office suite was previously limited to Microsoft’s Windows Phone and Windows Mobile platforms, but thanks to a partnership with Nokia, Symbian users will now be able to get the productivity franchise on their Nokia Belle or Anna handsets. Creating and editing capabilities will be available through Word and Excel while users can only edit and not create Powerpoint presentations on the go on their Nokia Symbian handsets. The move will help Nokia offer some parity in features as the company is now building Windows Phone handsets under the Lumia brand as well as legacy Symbian OS devices. 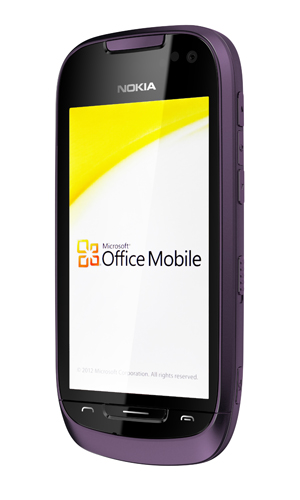 To get the update, Nokia says you can plug your phone into your PC using Nokia Suite or on your Nokia handset through the Nokia Software Update utility. The apps will also be available in the Nokia Store in the following weeks.

With a native solution from Microsoft, it seems that many of the powerful features of the desktop edition of Microsoft Office is preserved, including SmartArt:

you can save or send documents while preserving tables, SmartArt and charts, or the pinch/zoom functionality to easily view and edit documents.

While Office is not available now outside of Windows Phone and Symbian, there are a number of third-party applications available for various platforms that bring Microsoft Office support, including QuickOffice, Documents to Go, and others.