I had high hopes for Microsoft and Windows 8. When Microsoft appeared to grabbing the bull by the horns and coming up with its own hardware to showcase (in its words) how we view Windows 8, my hopes and expectations raised even more. Microsoft, to all outward appearances, looked to be finally recognizing that it had to make some severe changes in its computing and mobile strategies if it wanted to compete in a world that shifted under its feet. And then they released the Surface RT alongside of Windows 8. To call it a rocky beginning would be an insult to rocks.

I’ve used, reviewed, and am still using the Surface RT. I’ve called it conflicted and confusing and it is. But it is no more or less so than the apparent strategy behind its release and the marketing effort to support it. And now comes word that Microsoft has announced the price point and the specs for the Surface Pro. That’s the second of the two signature hardware devices Microsoft wants to use to say this is what the future will be. It’s due out in January. The entry level price point is $899. That will get you a 64GB model. If you anticipate needing more storage and want a bump up to 128GB it will set you back $999. And, catch this. The battery life is expected to be half that of the Surface RT. In every place where Tablets are made, battery life has become a non-issue. That’s not the case in Redmond. Apparently it’s not the case with Intel either. 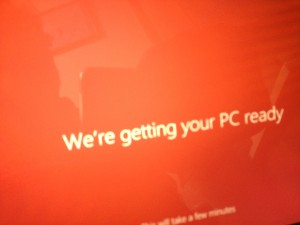 Neither of those price points will get you a Touch or a Type keyboard. You’ll have to spring for this very necessary accessory, or use something else. It also doesn’t include Microsoft Office, which you’ll have to also spring for. Note that Surface RT users got that as a part of the bargain.

So, which is it, Microsoft? Is the Surface Pro a too high priced Tablet or is it an Ultra-book with Tablet features? I can understand having one foot stepping towards tomorrow while the other stays comfortably in the past, but we’re looking at a situation here where that foot in the past is mired hopelessly in quicksand.

In case the folks at Microsoft need a quick primer on what Tablets need to be and have in today’s world here is my list.

A short menu for a tall order? Not for Microsoft’s competitors. Let me say this, if the Surface Pro performance is a slow and buggy as the Surface RT, then Microsoft shouldn’t even release the device.

Set aside for the moment the conflicting and confusing issues relating to Microsoft’s vision of how these Tablets will and should work. What is equally, if not more disappointing, is that Microsoft has proven, once again, that it has no clue how to market its products beyond its Xbox line. There are actually some nice features that come out of the box with Windows 8. The Hub structure, Sharing (when it works), how the system handles Search, and Live Tiles. Microsoft’s cloud solution Skydrive works better than anything Apple is trying to do with iCloud. But with the exception of Live Tiles, you’d never know the Surface has anything going for it other than snapping and clicking a keyboard onto the device. For those who say the price point makes sense because of USB ports and the ability to run x86 Legacy Apps, you are part of the problem. The mobile computing world is moving (has moved) far beyond that kind of thinking. We’re not talking horse and buggy vs automobiles just yet, but we’re damned close.

Microsoft will sell lots of licenses to Windows 8. It will sell lots of copies of Office. Huzzah. In my view, most of that will be achieved through inertia more than anything else. I’m half expecting to see an ad that tells us we can get all of the old frustrations we’ve become so accustomed to with the new Windows 8. I don’t think its new hardware well be any sort of record setter though and it may not need to. But if that new hardware is intended to show OEMs how to create future machines for Windows 8 and to create demand for those machines from consumers, well, somebody, somewhere goofed.

I wanted to give Microsoft the benefit of doubt as it moved into these big initiatives this year. Call me crazy, I believed Microsoft was looking to the long view rather than having some sort of quick success on an opening weekend. I still think that may be the case, but whomever is pulling the marketing strings in Redmond needs to realize that the market’s long view has changed so dramatically, that how Redmond is looking at things makes Rip Van Winkle seem like a trendsetter.

Obviously there is some chaos at Microsoft, evidenced by Steven Sinofsky’s departure. But that can’t account for the ineffectual and just wrong marketing leadership that led up to the debut of Microsoft’s next best hope with Windows 8 and all that comes with it. In essence this is what Microsoft’s current marketing strategy boils down to. We’re going to give you some of what you want today, with lots of yesterday thrown in at a higher price to preserve that legacy, because you really don’t want to be up to date now do you?

Microsoft may yet make some strides in the future if it can correct problems that in my view it made for itself. Microsoft won’t accomplish that unless it puts together marketing talent that can understand the market as it is now and where it is going.