In order for tablets running Windows 8 to be able to compete effectively with slates running mobile operating systems such as iOS and Android, Microsoft is making its Windows OS slimmer. According to Microsoft, Windows 8 will run fine on an Intel Atom processor and as little as 1 GB RAM, and Windows head Steven Sinosky said that the modest hardware requirements of Windows 8 would allow it to run on the now three-year-old Lenovo S10 netbook better than Windows 7 would. 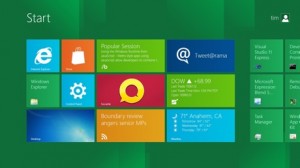 So why the conservative specs? For one, Windows 8 would be the first time that Microsoft is allowing its Windows OS to run outside of the x86 architecture dominated by Intel and AMD. The operating system will also be allowed to run on ARM processors, and NVIDIA is looking to make Windows 8 work on its quad-core Kal-el chip in the future.

According to ZDNet, here’s how much RAM is consumed on a fresh build of Windows 8 compared with Windows 7: