In the U.S., according to The Verge, retailers Staples, an office supplies store, and Best Buy, a big box electronics retailer, have both signed on to selling the Surface RT slate. 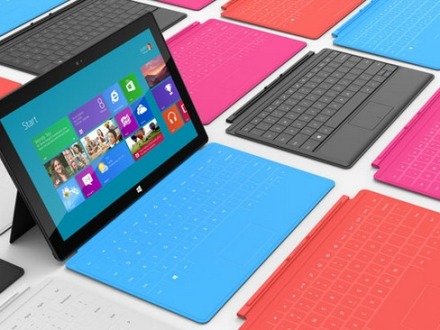 Microsoft had stated in the past that it hopes to expand Surface RT’s availability next year, but it seems that the company is expediting those plans ahead of 2013. And thus far, as the Surface RT was limited to Microsoft’s website and its physical retail stores, it was difficult to gauge how well the tablet is doing in terms of sales and market share. It’s unclear if limited accessibility and distribution may have affected sales. The company had conceded that Surface sales were only off to a ‘modest’ start, and didn’t boast radical figures.

In addition to the Surface RT, Microsoft will also be releasing a Surface Pro tablet as well, which will be more expensive and will work with Windows 8 Professional on top of Intel’s Pentium processor. While the Surface RT was limited to Metro apps and cannot run legacy programs designed for Windows 7 or earlier due to the Windows RT OS and the use of am ARM-based NVIDIA Tegra 3 processor, the Surface Pro would expand the potential of Microsoft’s hardware with the availability of Windows’ rich ecosystem of programs.

The Surface Pro is slated to arrive in January.