Internet Explorer is one of those hard luck cases. It’s still used a lot and often maligned and many have written it off. Well, Microsoft is hoping to change that with IE9, and Microsoft has just released a Beta version for anyone to download and try out. Microsoft is also showing off the new features and we’ll have some video and other info to post later today. In the meantime if you’re downloading and trying it out, let us know your thoughts. 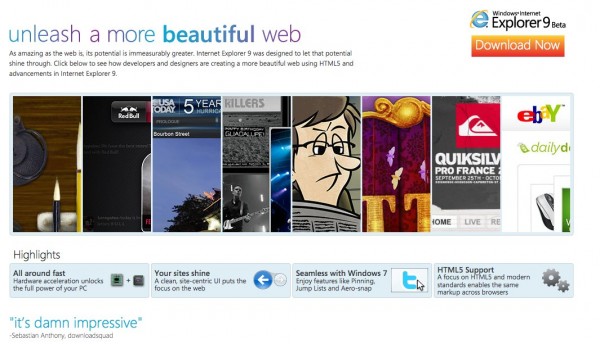