It looks like the once crown jewel of the smartphone space with rapidly rising sales figure is finding no relief recently with stagnant sales and profit losses. After warning investors of a bleak financial quarter as the HTC One X has seen weaker than anticipated sales in Europe and a rough launch in the U.S. due to Apple’s patent dispute with HTC, we’re hearing news that HTC was denied early access to Microsoft’s Windows 8 operating system for tablets, laptops, and desktops. 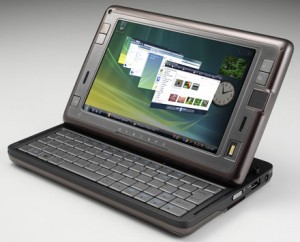 The news is particularly painful for HTC as it had–in the era of Windows Mobile and Pocket PC–enjoyed a strong relationship with Microsoft. However, things aren’t quite as smooth on the Windows side as Bloomberg reported that HTC was shut out by Microsoft from Windows 8:

Microsoft locked out HTC from the development of products using the newest version of its operating system on concern that HTC doesn’t sell enough devices or have ample experience making tablets, said the people, who asked not to be named because negotiations between HTC and other companies are private.

In the past, HTC had released one product based on Microsoft’s desktop OS in the form of the HTC Shift tablet. That device didn’t perform as well as anticipated, but neither did many of the Tablet PC products that were released at that time.

It’s unclear if Microsoft’s decision to exclude HTC initially is due to HTC’s shift in allegiances in recent years. An old staple in the Windows Mobile era, HTC became the first Android smartphone manufacturer with the HTC G1 for T-Mobile USA and the company has since released more Android phones than Windows Phone.

With Windows 8, Microsoft also added ARM support and a special version of Windows 8 called Windows RT will operate on devices running on chipset architectures created by ARM Holdings Plc. Windows RT would have been a good fit for HTC and its mobile expertise.