Microsoft is showing the Xbox 360, its last-generation gaming console, a little attention just in time for the holiday season. This morning Microsoft revealed its new lineup of holiday consoles including a blue Xbox 360 bundled with the two previous editions of Call of Duty.

Microsoft revealed new Xbox 360 bundles for the holiday season this morning on its Xbox Wire news blog, and all told, shoppers buying an Xbox 360 stand to save a nice amount on almost everything they need starting next week. 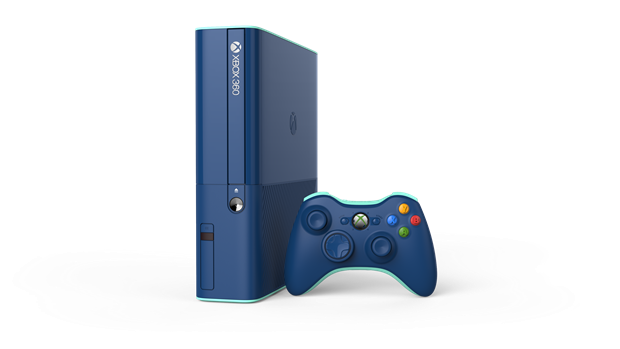 Even the hard drive users are getting in the console is a good deal, Microsoft has upgraded the console to a 500GB hard drive. The console that users get inside the Blue Xbox 360 Call of Duty bundle is based on the Xbox 360e design that Microsoft revealed last year. It sports a HDMI port and wireless internet access so that buyers can use it anywhere there is a display. A matching wireless controller is also included.

The titles bundled with the Xbox 360 Call of Duty bundles might be great for hardcore gamers, but they may not be easy to play for users who have more casual tastes. For that, Microsoft is sending a refreshed Xbox 360 + Kinect bundle into the holiday shopping fray. It’ll also be available at stores next week. Motion-oriented Kinect Adventures and Kinect Sports will come in the box. So too will Forza Horizon, a game that uses Kinect to make users’ playing experience more immersive with voice commands and more. This Xbox 360 + Kinect bundle will be available for $250 exclusively at Target’s retail stores and website. It’ll only come with 4GB of storage so buyers considering taking the plunge might want to account for a USB flash drive with their purchase too.

Microsoft has sold the Xbox One since last November. Since then it’s been mostly quiet about the Xbox 360. Despite that, the console seems to remain a best seller. As such, it’s smart for Microsoft to refresh it for the holidays to get more Xbox consoles into more homes. The Xbox One maybe more powerful than the Xbox 360, but it’s that last console that has more games. It doesn’t hurt that Microsoft can price the Xbox 360 far lower than it could the Xbox One. Take these bundles for example, the Xbox 360 costs $249.99 for one controller, no Kinect sensor and some two free games. The Xbox One starts at $399 from the Microsoft Store and only includes one free game and a wireless controller.