Microsoft Rolling Out Developer Preview of Windows 8 at BUILD Conference 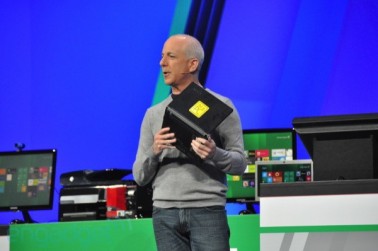 There’s a lot riding on Windows 8 and what Microsoft does and doesn’t bring to the table (or the Tablet). Expectations are already huge and the skeptics are sitting ready to pounce. That’s why when you hear opening comments that say “We reimagined Windows” coming from Steve Sinofsky and other Microsofties, the pulse quickens at the same time other parts of the anatomy pinch up a bit.

But that’s how Microsoft is playing this card and I say “go all in and go for it.” Attendees at the BUILD conference are getting the bits for the Developer Preview of Windows 8 along with some hardware to run it on from Samsung. Early hands on reports are making it into the blogosphere. And in just a few days we’ll have the early line on the potential for Windows 8.

One of the big things that have so many intrigued is how Microsoft has re-engineered the OS to run on various chipsets ranging from ARM to x86 (32 and 64bit) systems. That supposedly will allow Microsoft to keep calling everything it throws at whatever class of device Windows. And I already hear that even the Tablets that are being shown off at BUILD are being called “PCs” and not something else that might be construed as “post-PC.”

There’s going to be quite a bit written about Windows 8 and what it will and won’t do in the months to come (remember consumers won’t get their hands on it until 2012). In the meantime you can check out this official link and pretty much find Windows 8 coverage anywhere you look on the web today.