Ever since Microsoft announced its plans for the Xbox One longtime fans have wondered just when the console might see its first proper release of a Halo title. Today, Microsoft announced a new window for the Halo 5 release date  and a new formal name for the upcoming first-person shooter: Halo 5: The Guardians.

A press release didn’t exactly include more details about what users can expect from Halo 5. As such, we don’t know anything about the story, or what multiplayer changes series developer 343 Industries is planning to unleash on the second full title in the franchise.

Thanks to the press release, we do know that Microsoft won’t be using Halo 5 to boost sales of the Xbox One in the immediate future. In fact, it won’t be using the game to boost sales of the Xbox One this year, Microsoft says that gamers can expect Halo 5: The Guardians in 2015. More specifically, the fall. Using the release of past Halo games as a reference, the final Halo 5 release date could be in September or October. 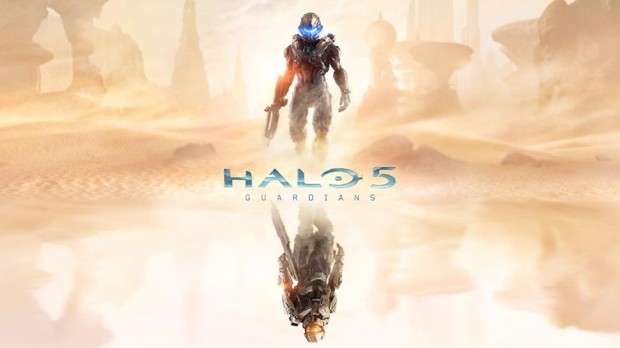 Microsoft’s statement isn’t really heavy on the details concerning Halo 5, but it contain a bit of information about the development aspects of the game. 343 Industries says that it’s building this version of the game on top of a new gaming engine that’s been made specifically so Halo 5 can run at 60 frames per second, a stat the gamers who are very into graphics will appreciate. Games that run at 60 frames per second appear more cinematic and more realistic than games running a bit slower. Interestingly enough, the press release didn’t include the game’s native resolution. As such, we still don’t have a complete picture of how good Halo 5 will look. That’s important since Microsoft is making a big deal out of Halo 5 being “built from the ground up for Xbox One.”

Microsoft and 343 Industries did confirm two details directly related to the game. First, Halo 5: The Guardians will focus on John 117 or the super soldier that most users simply refer to as the Master Chief. That’s a big win for users who might have been wondering where 343 Industries would take the franchise next. That John 117 was going to be featured in immediate sequel to Halo 4 wasn’t necessarily a given. Both Halo: Reach and Halo 3: ODST were set in the same universe and around the same conflicts as the Master Chief’s adventures, however neither actually featured the solider most associated with the Halo games. At the end of Halo 4 the Master Chief was seen taking off his Spartan armor for the first time. That’s where the game ended and many Halo lovers are clamoring to find out what happens next.

The second key point is that Microsoft makes it incredibly clear that Halo 5: The Guardians was designed with the Xbox One in mind. The press release makes absolutely no references to Halo 5 coming for the Xbox 360. In fact, Microsoft has said outright that there will be no version of Halo 5 for the Xbox 360. That means that whereas Titanfall was the carrot Microsoft dangled in front of Xbox 360 users to upgrade to the Xbox One, Halo 5: The Guardians will act as the proverbial stick. Anyone who wishes to play it will need to upgrade to the Xbox One. The same wasn’t true for Titanfall. That game might have been a Microsoft exclusive, but an Xbox 360 version of the game launched a month after the Xbox One version so those on the fence about upgrading likely decided to purchase the game on the 360 and wait for the Xbox One to come down in price. Microsoft announced a $399 Xbox One without a Kinect 2 sensor this past Tuesday.

Today’s press release doesn’t imply that we’ll see or hear more about Halo 5: The Guardians at this year’s Electronic Entertainment Expo, with 343 Industries General Manager Bonnie Ross saying that the studio will provide “much more information about our plans for this year at the E3 2013 Media Briefing.” Unfortunately, the post places a heavy emphasis on “this year.” With Halo 5: The Guardians confirmed for next year, it’s entirely possible that Microsoft only shared these details about Halo 5 now so that it would be clear to discuss other thing at this year’s show. What this year’s plans include seems interesting since Halo 2 launched 10 years ago this November. As such, it’s likely 343 Industries has plans to remake that game to celebrate the title’s anniversary.