Microsoft Shows New Xbox One Experience Ahead of Launch

In a new video Microsoft reveals to Xbox One owners what they can expect when the New Xbox One Experience arrives for them in a little over a week’s time. 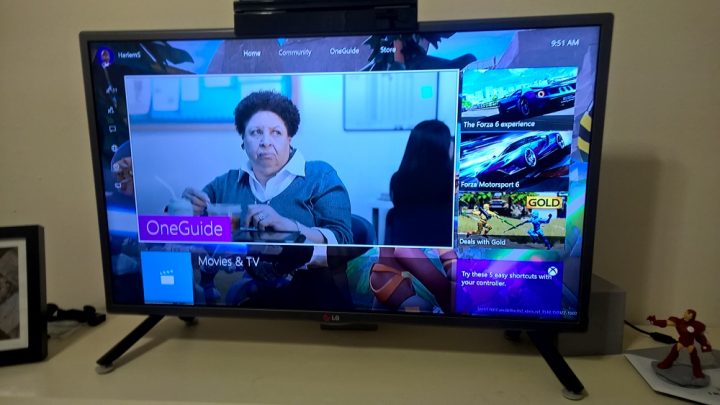 It was in a livestream for Halo 5: Guardians last week that Microsoft revealed the New Xbox One Experience release date is November 12th. Excitement for the software update has been high ever since. Mainly, because the software running on the Xbox One right now needs some big improvements. It’s also because once the update arrives, Xbox One owners will be able to play some of their old Xbox 360 games on the system.

Microsoft’s Mike Ybarra begins by touting the advantages of the new Home area for Xbox One. Based on comments from fans, Microsoft decided to ditch all the horizontal scrolling from the original software and position everything vertically. The last played game is on top, with access to other apps and games below it. Each of the games on the Home screen have direct links to friends playing those games already and every game’s Hub. Game Hubs, are profile pages where users can look at a game’s Achievements and read the latest status updates from the game’s developer.

The most dramatic change for the New Xbox One Experience is Pins. Pins have their own area on the Xbox One today. With this new software launches, Pins are at the bottom of Home, forcing users to scroll down to see any of their Pins or to get to the My Games & Apps area.

Today’s post also offers a breakdown of the Guide. Originally, Microsoft required users to jump in between different apps or snap an app to the side of their screen to create a party or even send a message. Now the company seems willing to admit that walling off everything into apps that need to be snapped wasn’t the best idea. That’s where the Guide comes in.

Scroll over to the left on the New Xbox One Experience and there’s the Guide, a one-stop shop for all the information or tasks gamers and entertainment lovers need. The Guide acts as a stand-in for individual apps. Users can snap an app, open settings, look at their notifications, read messages, create a party or sign in from this screen. When inside a game or app, the Guide is accessible by pressing the Xbox logo twice.

To be clear, the New Xbox One Experience and Xbox One Backwards Compatibility updates are both free for anyone who has an Xbox One already or does purchase an Xbox One during the holiday shopping season. Theoretically, the company will begin installing the update on all the consoles it sells eventually.