Pre-orders for the $499 Microsoft Surface RT 32GB, which comes without the black touch cover, have sold out ahead of the device’s expected October 26th release date.

Fortunately, for those who want a Microsoft Surface RT tablet on release day, there are still two options available, including another 32GB Surface RT option. 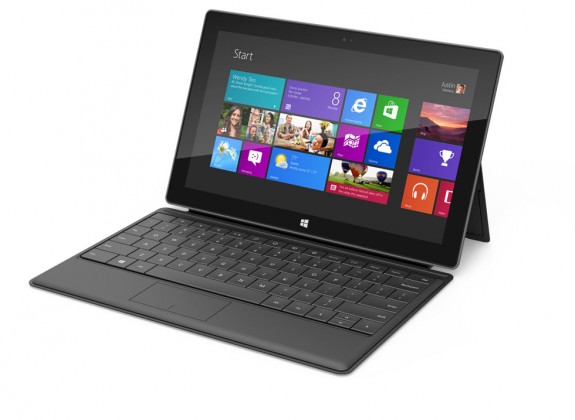 The $499 Microsoft Surface RT is sold out already.

The 32GB model with Touch Cover included will set customers back $599.99 while the 64GB model costs $699.99. Keep in mind, those who don’t buy the Touch Cover bundled in with the tablet are going to have to pay $119 for it separately so those who are interested in the accessory, which is both a case and a keyboard, might want to think about the bundles.

Microsoft is also selling another keyboard case called the Type Cover which retails for $129.99.

At this point, it’s unclear whether the sold out pre-orders are due to a low amount of stock or whether it means there is quite a bit of interest in Microsoft’s new piece of hardware. The Microsoft Surface represents Microsoft’s first foray into the hardware world in quite some time. It is expected the compete against the likes of the iPad and various larger Android tablets for the hearts and minds of consumers this holiday season.

The Microsoft Surface features a 10.6 inch ClearType HD Display display, a quad-core processor, two cameras, up to 8 hours of battery life with mixed activity, and of course, it’s powered by Windows RT.