The Xbox One’s November 22nd launch date might still be a bit far off on most users’ calendar, but that isn’t stopping the company from announcing the unique experiences users can expect when the device launches – specifically on their smartphone.

In a new post, Microsoft is finally detailing the new features it plans to enable on iPhones, Android and Windows Phones when it upgrades the Xbox SmartGlass application later this year. According to the company, since the Xbox One is designed with SmartGlass in mind, users will find that SmartGlass for Xbox One performs way better than it does for the Xbox 360 saying, “On average it only takes about four seconds for SmartGlass to recognize your Xbox One and create an instant connection.” By Microsoft’s admission, opening the SmartGlass companion application for the Xbox 360 takes about four times that.

Of course, the faster performance won’t mean much to users without compelling reasons to download the companion application to their device. With SmartGlass for the Xbox One, users will be able to set up matchmaking from the smartphone, computer or tablet before they are even finished playing their previous match. Microsoft also says that users would be able to connect 16 devices to a single Xbox One, to extend play to even more users. 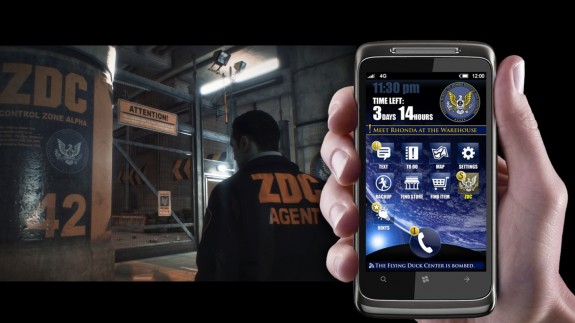 The upgraded SmartGlass experience users can expect on the Xbox One.

Unfortunately, it didn’t detail any game or application coming to the Xbox One that might actually give users a good reason to connect that many smartphones to their console.

Read: Xbox One to Support Up to 8 Controllers, No Word if Games Will

Users will also be able to control the Xbox One’s television functionality with SmartGlass and request help and tips from the Xbox One service at any time. Xbox One will allow game developers to treat the devices running Xbox SmartGlass as a separate controller too.

Microsoft says users will be able to control nearly all of their social functions the SmartGlass for Xbox using their smartphone – even when they’re away from their computers. That functionality includes composing and responding to messages, following friends, and pinning content to their Xbox One’s Dashboard.

Microsoft says Dead Rising 3 and Project Spark will have SmartGlass specific features when they launch on the console this fall. Gamers will be able to use their actual smartphone as a replacement for the digital smartphone in the game.

The Xbox SmartGlass app for the Xbox 360 is available on Windows Phone, Windows 8, iOS, and most Android devices.