It looks like upcoming versions of Microsoft’s Surface RT tablet, a slate computing device that runs the company’s ARM-based Windows RT operating system, may come in multiple different variants supporting multiple processors. While the initial Surface RT that’s still being sold today is shipping exclusively with NVIDIA’s Tegra 3 processor, a future version of the slate could ship with CPUs from many different vendors.

Surface RT is rumored to be updated with a Qualcomm processor, and the Snapdragon 800 chipset has been thrown around as a possibility for the next generation Microsoft slate given the processor’s strong performance. 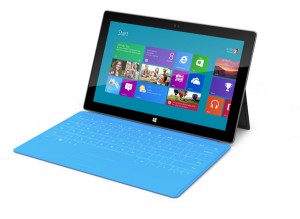 What’s new, however, is that Bloomberg is now reporting that NVIDIA may still continue supplying chips for some versions of the Surface RT. It’s unclear exactly what this means. One possibility would be that NVIDIA may continue to supply its Tegra ARM processors for new versions of the Surface RT. This would mean that perhaps a Tegra 4 CPU would be coming.

Still, another possibility would be that the new Surface would sell next to the older NVIDIA Tegra 3-powered first generation Surface RT model, giving consumers multiple price points.

And Engadget is speculating that there may be variants with and without 4G LTE connectivity.

Given that there is already customer confusion between the Surface RT and the Surface Pro, the latter of which runs a full version of Windows 8 on Intel’s Core i5 processors, adding multiple CPU support to the RT model may cause even more confusion in the market place.