Microsoft To Make Its Own Phones Starting Friday: What You Need To Know

Microsoft will officially begin making its own smartphones this coming Friday when it completes its buyout of Nokia’s Devices and Services division, setting the stage for an epic three-way battle between it, Apple’s iPhone 5s and Google’s Nexus 5.

Microsoft formally announced the closing date of its Nokia purchase this morning in a post on its official blog. It’s on April 25th that Nokia Devices and Services becomes Microsoft Mobile.

So what immediate changes will users see on Friday? As is typical in the smartphone industry, Microsoft isn’t providing details about future iPhone 5s competitors and devices just yet. The blog does confirm that Nokia owners who have to contact the company online or through its channels on Twitter and Facebook will be interacting with Microsoft instead of Nokia. It doesn’t appear as if the switch over will change the way users submit information for replacement devices or solicit help. Microsoft does have temporary rights to use the Nokia name, however those rights will expire at some point. 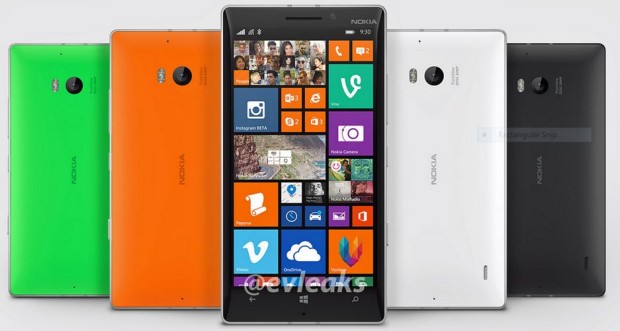 Make no mistake, the long-term changes coming to Microsoft and Windows Phone because of this deal are huge. Former Nokia CEO Steven Elop will lead the new Microsoft Mobile division and it doesn’t appear as if Microsoft has any immediate plans to discontinue any Nokia products.

That means that Microsoft will be responsible for three mobile operating systems at the same time. The first is Windows Phone, the platform that Nokia uses on all its mid-range and high-end smartphones today. The second is S40, an operating system that powers Nokia’s Asha feature phones. Finally, the Nokia X and Nokia XL are built on top of Google’s Android operating system. Microsoft has already confirmed that it has plans to use the Asha software and phones as a low-cost way to get buyers using Windows Phone. The fate of the version of Android that powers the Nokia X remains a mystery. The Nokia X and Nokia XL include access to Android apps and are heavily modified to not look or behave like Android.

For Windows Phone, the future is clearer. All signs point to Microsoft continuing full steam ahead with the mobile operating system. Nokia devices accounted for roughly 80 percent of all Windows Phone devices sold around the world. Merging with the largest Windows Phone hardware maker in terms of  should make Windows Phone a more cohesive experience, especially since now the team behind Nokia exclusive features, like Tap to Wake and the much-loved Nokia Camera app, are all under one roof. Most believe devices like the Lumia 1020, which featured a 41 megapixel rear-facing camera, and the Lumia 520, which costs as low as $60 without a two-year contract, saved Windows Phone from only existing on lackluster copycat devices like Samsung’s ATIV SE and the HTC 8X.

That isn’t to say that Windows Phones won’t still be made by other companies past this Friday. Microsoft is now giving the operating system away to hardware makers for free, just like Google does with Android. That price plus more hardware capabilities have ensured that Windows Phone users can expect devices from a growing number of companies. Windows Phone makers now include Acer, Alcatel, Fujitsu, Toshiba, ZTE, HTC, Huawei, Samsung, LG, Zono Gionee, Micromax and Zolo. Only Sony and Motorola are missing from that list and the latter was recently purchased by Lenovo, who has also agreed to make Windows Phone 8.1 devices too.

Over the next few months users can expect the Microsoft Mobile division to release at least two new devices running Windows Phone 8.1. Nokia announced the Lumia 930, a direct competitor to the iPhone 5s and Nexus 5, would make its way to store shelves around the world beginning this June. The Lumia 635 will also see a release this summer as well. Within the United States the Lumia 930 is known as the Lumia Icon and is exclusive to Verizon Wireless.

All told, things for Windows Phone users are bound to get more interesting now that the buyout of Nokia Devices and Services is set to move forward. Excluding the Lumia Icon, there aren’t any high-end Windows Phone 8.1 devices with updated internals coming to T-Mobile, AT&T or Sprint in the near future. Microsoft could resolve that issue over the next few months as well. Again, the company’s future plans for smartphones remains unclear, but this gap has become increasingly noticeable over the last few months.

Windows Phone market share was down in the last few quarters, part of that has to be because there were no new flagship Windows Phones for mainstream users on three out of the four largest carriers in the United States and most of the world.

Read: How Microsoft Can Compete with the iPhone 6 and Galaxy S5

Microsoft is poised to borrow from both of the models that have made the iPhone and Android popular. Making its software free to device creators makes it more likely that users will see Windows Phones in all shapes and sizes, while making its own devices ensures that Microsoft has a device for users looking for the most unmodified Microsoft experience.