Microsoft pushed through updates for OneNote for the iPhone and OneNote for the Mac today bringing features that the OneNote team says were the most requested by users. That’s a theme Microsoft has been using lately, most recently with updated versions of the Microsoft Office Apps for the iPad. The new features for both versions still don’t bring OneNote up to par with the Windows versions, but to a certain degree that is expected. Microsoft is also focused on making sure users know that they are working quickly to add features and issue updates for its Office Apps for Apple users. 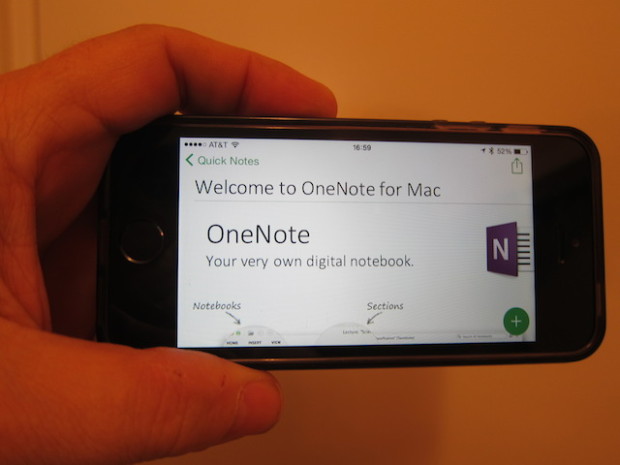 Changes for OneNote for the iPhone

There are four major changes to OneNote for the iPhone. You could characterize most of them as an effort to make taking, capturing, and retrieving notes a quicker process on the iPhone.

I doubt this was one of the most requested features, but OneNote for the iPhone has a new UI, bringing it into the iOS 7 design world. It is a cleaner look and easier to navigate than the previous version.

A theme that Microsoft is hitting with this update is that OneNote for the iPhone is now untethered. What does that mean? iPhone users can now create new notebooks and new sections, as well as rename existing sections. Previously that functionality was only available on desktop versions, which limited the iOS version quite a bit for users who wanted to work with that App while on the go. 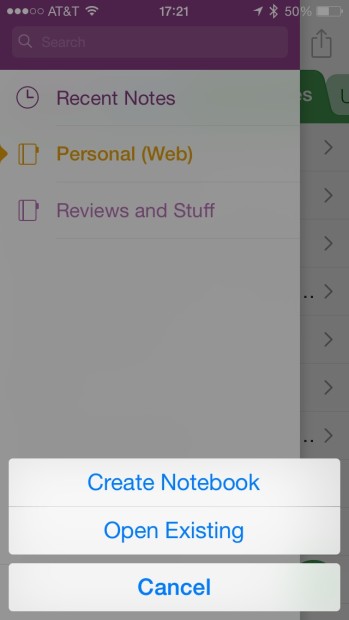 In addition, iPhone users will find it easier to create a Quick Note than in past versions. A large green button appears in the lower right corner of any screen which will immediately allow you to create a note more quickly than you could previously. 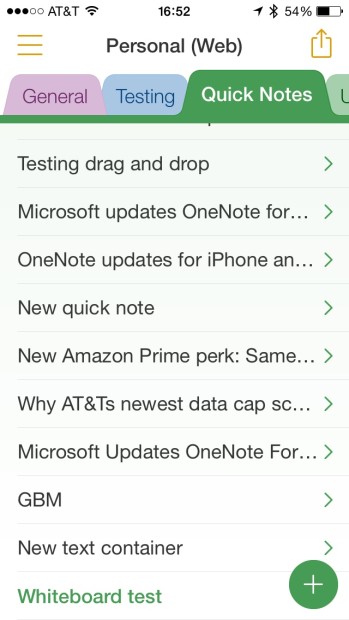 OfficeLens is a feature that is already included in OneNote for the iPad and is now included in the iPhone version. Using OfficeLens you can use your camera to take a picture then manipulate those pictures to make them more readable. Images are automatically synced and OneNote’s optical character recognition will pick up any text in the image and make it searchable. This is a handy function for taking pictures of receipts, other documents, or whiteboards.

Changes for OneNote for Mac

The Mac version of OneNote is perhaps the most lackluster port to Apple’s platforms given that it is a desktop/laptop version. The new changes with this update come about a month after its first release. Does the update bring enough new features to upgrade the experience? Not quite, but there is an apparent start to do so.

The most welcome feature for some will be that users can now print notes. Yes, the original version did not allow you to print notes. Although for a digital note taking App that may not be a necessity for most. But for those who do like to print their notes they can now print them out to any printer or choose to save notes as a PDF file. Users can access the Print command from the menu bar on your Mac, and can save notes as a PDF from that standard printing dialogue box. Intriguingly the Print command does not show up in the ribbon interface. 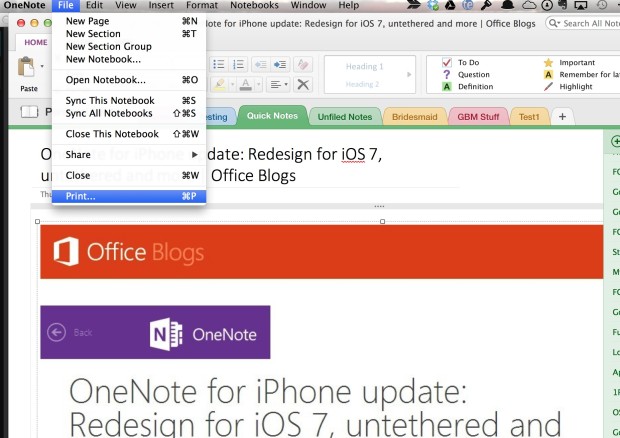 Users can now Drag and Drop pictures directly into a note from a webpage or any source on your Mac. Users can now rotate pictures or restore a photo that may have been resized to its original size. Those photo controls can be accessed from a context menu with a right click.

Copying and Pasting content from another App used to be a hit and miss proposition before the update because the original formatting was not preserved. That changes with this update, making it easier to copy and paste information from a webpage or a document into a note. 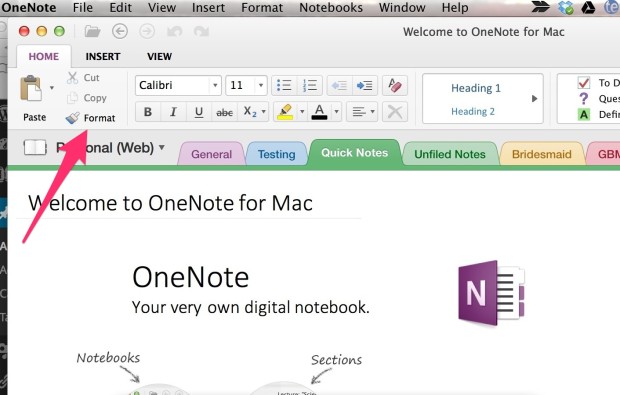 Users can now insert hyperlinks and assign names to those links if they so choose. Previously hyperlinks could only be inserted by dragging or typing them into a note. 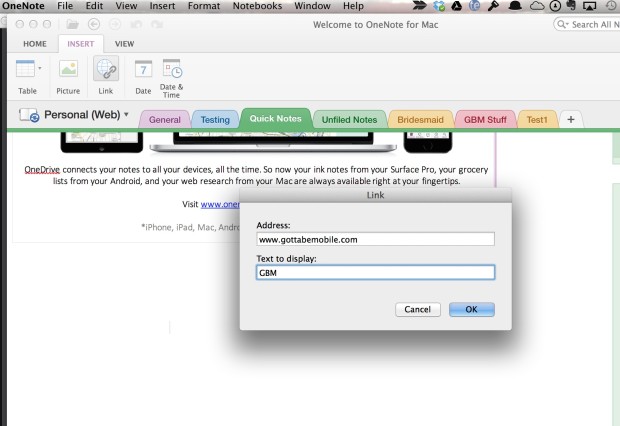 Are these changes enough for OneNote to compete with its main competitor Evernote? Not yet in my opinion. Evernote is still a more fully featured way of capturing and storing information on iOS or OS X than OneNote. There is also no arguing that OneNote on the Windows platform will always be a better experience on desktops and laptops than on the Mac. Perhaps that’s as it should be.