Today at the All Things D 9, Microsoft Windows President Steven Sinofsky showed off the company’s highly anticipated new Windows software, Windows 8. While the version that was shown off is still in its infancy, we got a clear look into the future of Windows which seems to be a mix of both Windows 7 and the company’s Metro UI. 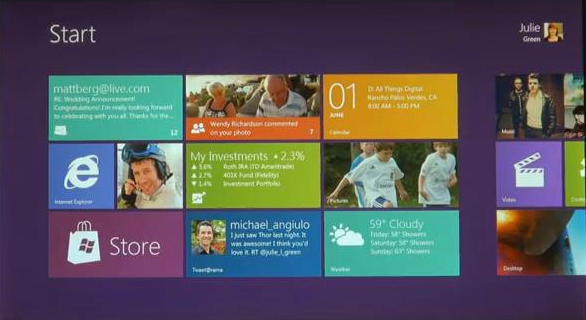 In case you missed all the action, Microsoft has posted a fairly lengthy demo of the new software that features Director of Program Management for the Windows User Experience, Jensen Harris. Harris shows off everything from the new Start screen to the browsing experience and gives us a pretty good look at what we can expect to arrive on PCs and tablets of the future.

Where Will You Find Windows 8?

Perhaps one of the biggest changes Microsoft is trying to pull off with Windows 8 is an operating system that scales across devices and processors. Sinofsky described the approach to AllThingsD as “no compromise,” referring to the goal of making Windows 8 run on slate tablets as well as on laptops and desktops.

Windows has always had trouble pulling off the touch experience to the same level of the competition. If you want a good touch experience on a Windows 7 tablet you need to add some pretty amazing tweaks. 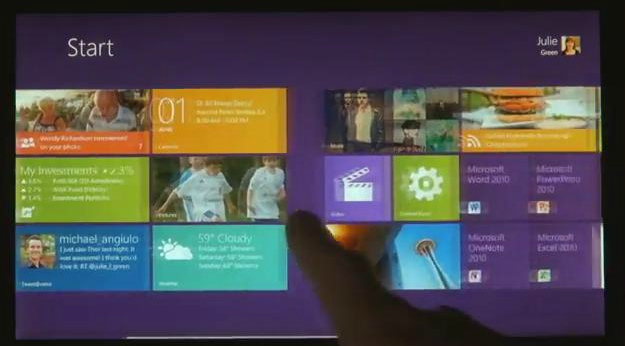 This is one area that Microsoft is hoping to remedy in Windows 8, and a very important one given the aspirations of serving up a full fledged Windows experience on a tablet that has no keyboard. 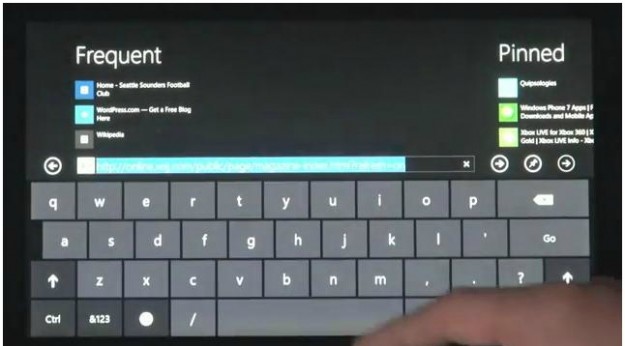 This new method of handling touch recognizes that the finger is one of the primary methods of touch interaction with the computer and it is much less precise than a mouse or a stylus. Some applications will be designed explicitly for touch, but Microsoft is hoping that this “fuzzy” logic will allow for keyboard and mouse apps to transition better to touch in Windows 8. 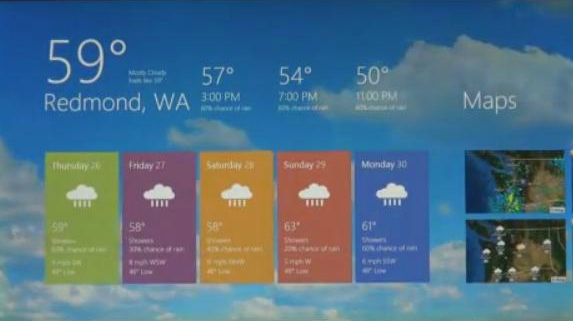 Microsoft tells AllThingsD that we will still have the classic Windows applications we have been used to at home, and more importantly at work, available to use in a desktop mode, but we will also see a new type of application in Windows 8. 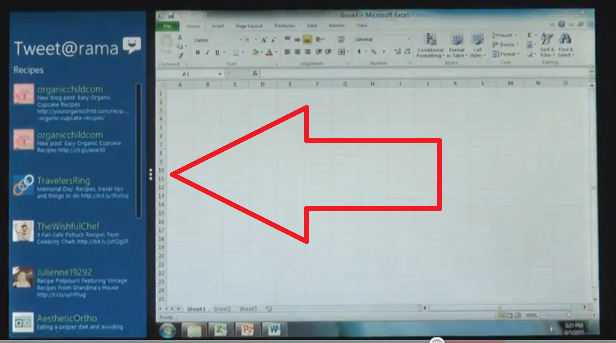 The new applications will have a lot in common with web apps thanks to the HTML5 or Javascript coding. These apps will look like the apps you find on your iPhone, Android or Windows Phone 7 devices and will reportedly operate in full screen mode within Internet Explorer 10. No word yet how these apps will work in or alongside browsers like Chrome or FireFox, especially in a system where users have a default browser other than Internet Explorer 10. 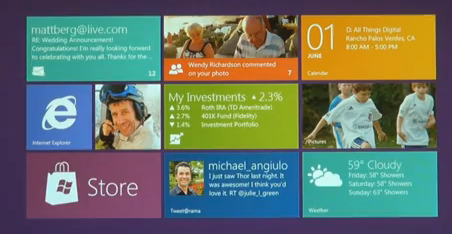 Given the inclusion of a large “Store” tile on the Start screen, we expect to see Windows 8 launch with some type of app store. We’ll wait to see if it serves up both desktop and mobile style applications.

Another major change in Windows 8 will be the support for ARM processors commonly found on lower power devices like slate tablets. We haven’t seen much about these new ARM powered devices yet, but Microsoft is said to be showing off ARM based devices running Windows 8 later today.

Ultimately we won’t know much about specific Windows 8 devices and their form factors until September, but we do know that Microsoft is making a big push to expand past the traditional PC with this release of Windows. Given the demand for tablets like the iPad 2 and an influx of Android tablets Microsoft needs to bring a good showing with Windows 8 or fall behind, perhaps too far behind.

Windows 8 is only a codename at this point and a release date for the software is currently unknown. Sinofsky made it clear that more features of the software will be revealed at Microsoft’s Developers event in September.

We may also learn about a public beta of Windows 8 in September at the Microsoft Developers event. Windows 7 was launched with a public beta that helped many users gain familiarity with the new OS and introduced a large amount of users to the new features.

For more on what to expect with Windows 8, check out our roundup of Windows 8 coverage on Notebooks.