The Microsoft Surface tablet might not be the only piece of mobile hardware that Microsoft has up its sleeve as an analyst claims hatt the company is working on a Windows Phone 8 smartphone as well.

According to Reuters, Nomura analyst Rick Sherlund has stated that Microsoft is working on a Windows Phone 8 smartphone of its own. Sherlund says that the information  comes from industry sources and that Microsoft is out looking for a manufacturer for the device.

Microsoft neither confirmed nor denied the report stating that the company is a “big believer in our hardware partners and together we’re focused on bringing Windows Phone 8 to market this year.” 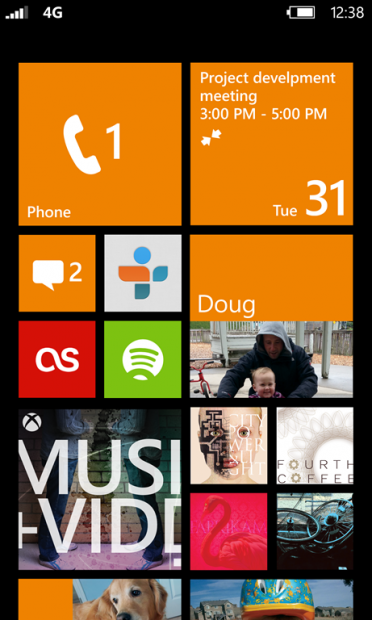 Microsoft might be working on its own Windows Phone 8 smartphone.

Read: Microsoft Threw All Their Friends Under The Bus.

The company just revealed its Windows Phone 8 software at an event in San Francisco yesterday, showcasing many of the software’s new features while announcing third-party manufacturers for Windows Phone 8 devices including Nokia, HTC, Samsung, and Huawei.

The company has done the same with Windows Phone with companies like Nokia and HTC building out devices with Microsoft’s software on board.

Read: So, Microsoft Throws Friends Under the Bus. Where’s the Downside?

Now it seems as though Microsoft might go the route of Apple and Google. Google’s releases an annual Nexus smartphone, a device that the company contracts out to a manufacturer each year and Apple uses its software on its own devices.

Right now, details are scarce, but if Microsoft is indeed thinking about releasing its own branded smartphone, expect the rumor mill to heat up as we get closer to the launch of Windows Phone 8 which is set to take place sometime this fall.