Later this year, Microsoft will release its new Xbox One game console, bringing enhanced graphics and new experiences to gamers who can upgrade. Unlike last generation however, Microsoft won’t abandon the Xbox 360, keeping it around as a viable console for many gamers.

That said, here’s how the two consoles will stack up against each other when the Xbox One hits store shelves later this year.

When unveiled the Xbox One, Microsoft announced that the console will have 15 exclusive titles within its first year, and that many of those would be brand new franchises. During its E3 press conference, the company showed 13 exclusive Xbox One games on stage, including launch games like Dead Rising 3, Forza Motorsport 5 and Killer Instinct.

Many other games shown such as Sunset Overdrive, Halo 5 and Quantum Break won’t make the launch of the new console. Those games will come sometime in 2014 or later.

While Xbox One gamers have to rebuild their game library from scratch with a few select titles thanks to the lack of backwards compatibility, the Xbox 360 has hundreds of back-catalog games to choose from. There are some new games coming to the console this year, games like World of Tanks and Dark Souls 2, but there aren’t many more exclusive games coming to the Xbox 360.

On the upside, many of the games coming to the Xbox One including the Xbox exclusive TitanFall as well as multi-platform games like Assassin’s Creed IV, Call of Duty: Ghosts, Watch Dogs and Battlefield 4 will also come to Xbox 360. Those games will look better on the Xbox One, but Xbox 360 gamers will still have the chance to experience them without paying for the newest console.

The Xbox One will come to stores in November for $500. The price includes a single controller and the new mandatory Kinect sensor. Unlike the Xbox 360, there is only one SKU for the Xbox One, so everybody pays the same price for the console.

The Xbox 360 currently starts at $200 for the 4GB model, while the 250GB model sells for $300. The cheaper console can play any Xbox 360 game, but doesn’t have much storage for game installs or Xbox Live Arcade games, which the more expensive model can handle easily them. Microsoft unveiled a new design for the Xbox 360 at E3 , but did not announce a price drop.

Retailers like Amazon are taking pre-orders for the Xbox One.

Users looking to spend a bit less for the console can also find used or refurbished models of the Xbox 360 for much less. GameStop currently sells the base 4GB model of the console used for just $130, knocking $70 off the price.

While the Xbox One originally had some restrictions on used and loaned games, Microsoft recently backtracked on those policies. The Xbox One and the Xbox 360 will handle new and used games in the same way. Gamers can buy and sell used games as often as they want with no restrictions from Microsoft.

Inside, the Xbox One uses an AMD “Jaguar” processor that uses the same architecture as a PC, making cross-platform games much easier. The chip is very similar to the one inside the PlayStation 4, though on paper it is slower. To make the Xbox One more powerful, Microsoft will use its Azure cloud platform to handle some game processes.

On the outside the Xbox One looks a lot like a futuristic VCR with a Blu-ray drive slot instead of VHS tape deck.

The Xbox 360 uses a three-core IBM processor and a dedicated graphics card that made it much different from both PCs and its main competitor the PlayStation 3. The console uses a DVD drive, while its successor uses Blu-ray discs. 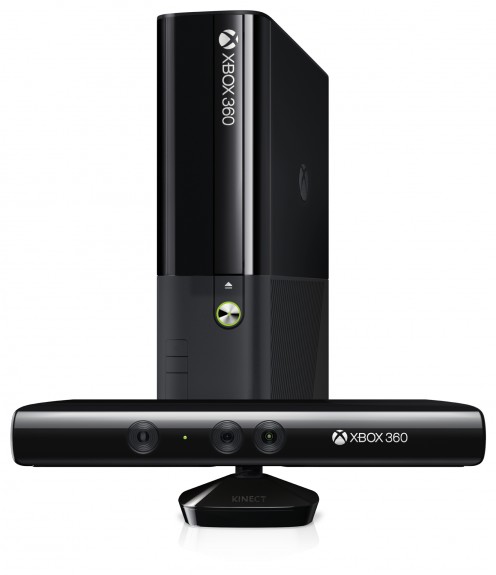 The latest version of the Xbox 360 looks a lot like the Xbox One, though it has more rounded edges than the follow-up console.

The controller of the new Xbox One looks a lot like the Xbox 360 controller, though it does have a few changes. The controller has a redesigned d-pad with shallower face buttons and new sticks that shouldn’t smooth over as easily. Microsoft also introduced new rumble features that provide force feedback in the triggers of the new controller.

The battery pack of the controller is now built into the controller, eliminating the bulge on the back. The Xbox One controller also has a USB port so gamers can easily switch between wired and wireless for faster response times. The port should also make the controller great for PC and Android tablet gaming. 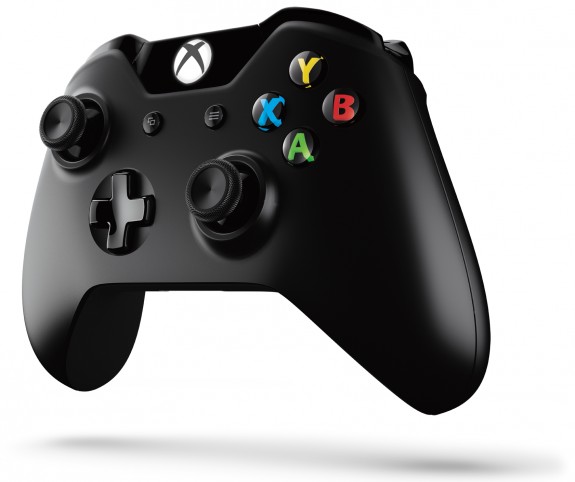 Anyone who’s touched a controller in the past few years will be familiar with the current Xbox 360 controller. The controller is the standard that third-party companies use as a base for their mobile and PC gamepads.

Every Xbox One will ship with a new Kinect sensor that is far more advanced than the current iteration. The Kinect for Xbox One can detect multiple users in a small room, and can track more points on each person’s body. The device can even detect how users shift their weight from side to side and measure pulse through the veins in the user’s face.

The Xbox One Kinect also makes Skype possible on the console thanks to its 1080p camera.

Microsoft will use the Kinect for Xbox One for voice commands throughout the entire console. It will let gamers easily switch between games, live TV and apps. Users can even turn the console on by just saying “Xbox on” assuming they don’t turn the Kinect sensor completely off.

The Kinect for Xbox 360 is a $150 optional accessory that only a few select games use. Gamers can use the device to interact with the console’s interface and play or pause movies, but it isn’t always a great experience. The current sensor is known for often mishearing users, much in the same way that Siri often mishears commands.

The Kinect for Xbox One promises a better experience with better sensors, though without testing it’s impossible to say how well it works.

Both the Xbox One and Xbox 360 can access services such as Netflix, Hulu Plus, Amazon Instant Video, Xbox Music and Xbox Video among other online media services. The Xbox One, however, will introduce new features.

The Xbox One has an HDMI-in port as well as an IR blaster so it can control cable boxes, bringing live TV support to the console. Microsoft also struck a deal with the NFL to bring some exclusive content to the Xbox One, though it won’t talk specifics about the deal just yet.

At E3, Microsoft also announced it will support Twitch on the Xbox One for watching and streaming live Xbox One gameplay.