Microsoft's Craig Mundie Not Sure Tablets are Here To Stay 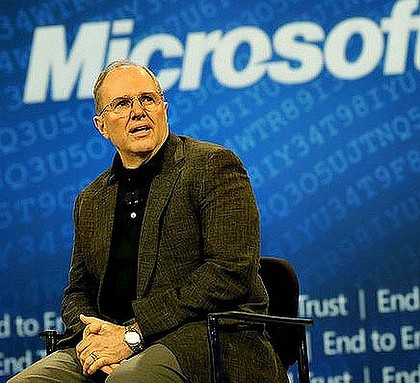 Microsoft’s Craig Mundie is taking some heat for making some comments before the Committee of Economic Development of Australia in Sydney that he’s not sure Tablets (think iPad) are with us for the long haul. Saying he did not know if Tablets “would remain with us or not,” Mundie is talking long term although the blowback seems to be focused on what’s going on today. And it’s tough to argue that we’re smack dab in the middle of Tablet mania and so thick into it that unless you really put your thinking cap on it is tough to see beyond the reflections in all those Tablet glossy screens.

Mundie’s pointing forward talks about a computing experience being centered on a room and not a device, and of he’s using Kinect as the segue into that kind of experience. That’s fun stuff to imagine, but we all know it’s a ways off.

But before he goes that far out in the future he says the smartphone will become our most personal computer. Well, I think we’re there aren’t we? Or we’re pretty darn close.

The thing is that in these heady, crazy days, things are moving so fast that anyone who tries to pin it down and make some bets for the future has to be considered either foolish or very brave. Of course that distinguishing line has always been a fine one.