Well, well, well. You have to give Microsoft credit for attempting to change the game on quite a few fronts. It’s secret and mysterious press conference/product debut in Los Angeles has concluded and maybe it is a new beginning for the slow moving, marketing challenged, tech behemoth in Redmond. With one announcement Microsoft has changed (or as it would prefer to say added to) its business model, taken a stab at Apple’s iPad dominance, and probably sent the Tablet folk at Google scurrying to update their resumes. Granted, Microsoft has to deliver on what it debuted today, and there will be more than one devil in the details we don’t know yet. You could say that Microsoft just scratched the surface with this Surface announcement. But I already did. This announcement, while attention grabbing, does have a fuzziness around the edges that makes it feel a bit rushed. I would venture that these new Tablets can’t feel anything like any Version 1 Microsoft product if they are going to stand a chance in the market today. There can be no waiting a few versions for these new devices to mature. That clock ran out while Microsoft was dreaming this new venture up and can’t be restarted. But, from a marketing standpoint Microsoft has at the very least shown that it can create a stir again.

Microsoft in the Hardware Biz 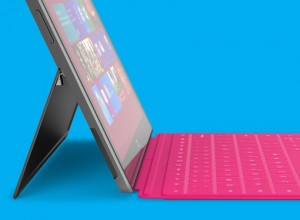 Microsoft is now in the hardware business. It announced two new Tablets that it will build and market using the Surface moniker. The Windows RT version will release with the Windows 8/RT launch later this year, with the Pro version about 3 months later. (For those trying to sort through what that means, I’m guessing we will see the RT version in October and the Pro version in January. I would love to be wrong on that.) Yes, Microsoft is going to license its new OS(s) to third parties, but essentially Microsoft is saying what Apple has been saying all along. In order to be successful you need to control both the hardware and the software side. Is Microsoft singing a different tune here? Publicly, yes, but I think it has known that all along and finally decided to bite the bullet and risk upsetting some partners. Microsoft isn’t new to hardware, having made and sold mice, keyboards, XBox, Kinect, etc… But this is the first time that Microsoft has come out with its own computer. Essentially, you’re going to see Microsoft’s version of what it thinks Windows should be on a Tablet and everyone else better pay attention. Note that Microsoft said that these Tablets will only be available in its Microsoft stores and online at launch. I would expect that to change at some point, though. Also note that there was no solid news on availability and pricing. What did I say about details?

Microsoft’s Steve Sinofsky calls Surface “a stage for Windows” and that’s key here for Microsoft’s strategy. It may have created a Tablet model each for Windows 8 and Windows RT, but Windows is where Microsoft has been and where it is going for this next step. That DNA hasn’t changed. We all know all quite a bit about Windows 8 at this point. In hindsight the fact that we do know so much about Windows 8 will prove to be a big part of Microsoft’s strategy. Just at the point that most folks thought they new everything there was to know, Microsoft throws this change up and now we will all be talking about Windows 8 and Windows RT again. This hardware move doubles down on what Microsoft’s vision is, and quite frankly, IMHO, it is about time that Microsoft has put a big foot forward on that front.

But how is this going to play with all of those partner OEMs? Call me crazy, but I’m guessing better than it does with Google and its Android Tablet makers. Again, I’m guessing. But if Microsoft sets a hardware benchmark that the market embraces, (remember that’s a big if), the others will need to follow along. Google may be ready to announce its first Nexus Tablet at its IO conference, and by all accounts will be running the Jelly Bean version of Android. Assuming Google’s partners will actually put the new OS on there Tablets before another confection becomes a cliché is another story though. No one knows what Google has up its sleeve and just about everyone knows what Windows 8/RT will bring to the table and now the Tablet. Quite honestly, while Microsoft’s traditional partners are probably worried, I think that Google should be more so.

That old saw about what you don’t know won’t hurt you doesn’t apply in technology. What we don’t know are some interesting and very important details. Again, Microsoft has to deliver on the goods here to make this bold PR move really pay off. That will require some specific answers to questions on things like pricing, availability, screen resolution, and battery life. Given that bloggers and reporters at this Microsoft event only got a few minutes of hands on time, I’m guessing we won’t have those answers for some time yet. As I’m writing this post, I’m seeing tweets that say Microsoft is classifying the RT model as a Tablet and the Pro version as a laptop/portable. 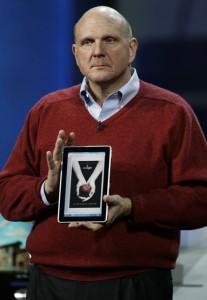 Probable translation: The Pro model will be priced in the Ultrabook range (I would guess $800 to $1000). Intriguingly, Microsoft may have changed its ways with this PR move, but at the same time it has now created a pretty hefty thirst for more information. How Microsoft responds to that challenge will be interesting to watch in the days ahead, and from some initial reports at the scene, Microsoft is not fairing too well on that front. Danny Sullivan is tweeting that Microsoft won’t let bloggers use the keyboards and they can’t really play with the unit. Here’s hoping that means this wasn’t a rushed announcement. Microsoft has been know to do those in the past. Remember the pathetic image of Ballmer on stage with that HP Slate at CES?

About Those Keyboard Cases

The fact that there is so much we don’t really know about these new Tablets, make the introduction of both new keyboard cases a real statement. Microsoft talked about the new Touch Cover and the new Type Cover. If those name designations don’t tell you what’s up with each model, well… let’s just leave that be shall we. The Touch Cover is a multi-touch keyboard cover and attaches magnetically to the bottom of the device. When opened it serves as, well, a keyboard without real keys. The Type Cover is a little thicker and has actual keys. The point of both accessories? Microsoft sees Windows 8/RT Tablets as devices that consumers want to do some work on. Microsoft also has a lot of Apps (and a lot of customers who have investments in those Apps) that it certainly wants to run on that Pro model. Like the Tablets themselves, these keyboards will need to work great. Otherwise they will be seen as a gimmick.

For those of us who have been following Tablet PCs for some time, the Pro version of this Tablet offers great promise. Inking in Windows 8 is already baked in and baked in nicely. There are quite a few Tableteers with stylus in hand, licking their chops, at the prospect of a Windows 8 Tablet running OneNote. I’m one of those. Here’s hoping that now that Microsoft is controlling both the hardware and the software that we’ll see an even better experience here. Here’s also hoping that Microsoft remembers it has OneNote in its arsenal and thinks about marketing it.

Microsoft has gone all in here. It really had no choice. It was indeed go big or go home time. It still is. While I’m very impressed, and indeed excited by what we’ve seen tonight, my skeptic’s radar is also out based on what we don’t know, and sad to say, Microsoft’s history. I want these new Tablets to succeed very much and be the potential game changers that they look like the might be. But in many respects what Microsoft pulled off with this secret little PR move here is nothing but a well played and bold game of PR. It is well played because Microsoft caught us all by surprise in the way a sports team given up for dead suddenly mounts a real challenge to the contenders. It is bold because Microsoft is indeed challenging its own partner-based business model in a way that has to aggravate and concern its many partners. But keep in mind, many of those partners began turning their backs on Microsoft back when Netbooks kicked off a wave of excitement. And many of those partners have been dancing with Google-eyed guests at the party for some time while Microsoft has been playing catch up and working to learn the dance steps. Payback can be a bitch they say. In my opinion Microsoft waited far too long to strike out on its own on the hardware side.

But, in all of the excitement about some pretty new hardware and amazing potential, let’s keep our feet on the ground here. There’s much still to learn. Perhaps too much. What Microsoft unveiled tonight is akin to a new hybrid restaurant. That new restaurant presumes to offer a fine dining experience, complete with a menu that doesn’t list the prices. But, instead that menu is filled with gorgeous pictures that whet our appetites in that good old any town American chain restaurant kind of way. We can imagine what things will taste like from the pictures and what the tab will eventually be, but in the end the proof and the value will be discerned when we can actually sink our teeth into the chow. At the moment you can say I’m intrigued, hopeful, but definitely in a wait and see mode.