Leaked pricing of Microsoft’s Surface Pro tablet, which will run on Intel’s Core i5 processor alongside Windows 8 Professional, suggests that the tablet may land in the U.S. for the starting price of $870. In Germany, retailer Notebook.de is listing the 128 GB model for about $909 and the 64 GB model is priced at approximately $1,035, though those pricing includes the VAT taxes that are found in Europe. 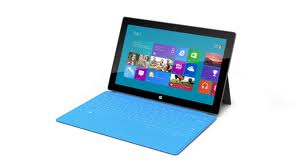 According to Phone Arena, for countries like the U.S. where there isn’t any VAT–U.S. has separate sales taxes added where applicable at the point of purchase–pricing is a bit lower with the 64 GB model starting at $868 and the 128 GB model priced at $976, or just under $1,000.

This would make the Surface Pro tablet priced higher than Apple’s iPad tablet at the high end. The maximum configuration for a fourth generation iPad without 3G/4G connectivity, meaning WiFi-only, is a 64 GB model and that tablet retails for $700. If the pricing translates, an $870 64 GB Surface Pro tablet would create a $170 pricing disparity between the Pro edition and the iPad.

To be fair, Microsoft does have a more competitive Surface RT tablet that is already available today. That version runs on the Windows RT operating system and is designed around an ARM processor. As such, the Surface RT will not offer backward compatibility with legacy programs designed for Windows 7 or earlier.

The Surface Pro will be competitively priced with other tablets and hybrid tablets running Windows 8 with a capable Intel Core CPU. For comparison, Samsung’s Ative Smart PC Pro tablet with a keyboard dock is listed for $1,200 on Amazon and that model comes with 128 GB of storage.