With HTC focusing its efforts on the Windows Phone 8X (HTC 8X) by HTC, the smartphone-maker will not launch the already announced mid-range HTC 8S smartphone in the U.S. market. The company’s flagship Windows Phone 8X is currently available on three major U.S. carriers–AT&T Mobility, T-Mobile USA, and Verizon Wireless. 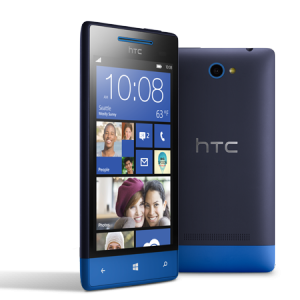 And though both the HTC 8X and the HTC 8S were announced together, HTC has been quiet about the 8S in the U.S. At Microsoft’s Windows Phone 8 launch in San Francisco, there was no mention of the HTC 8S for any current U.S. carriers, and now HTC has confirmed our suspicions that the 8S won’t be making it Stateside.

The company had recently released a statement confirming that the 8S won’t make its debut in the U.S.:

In related news, the Verizon edition of the HTC 8X is coming SIM unlocked, meaning that you can use it on any global GSM network, including AT&T’s and T-Mobile’s network in the U.S. market.