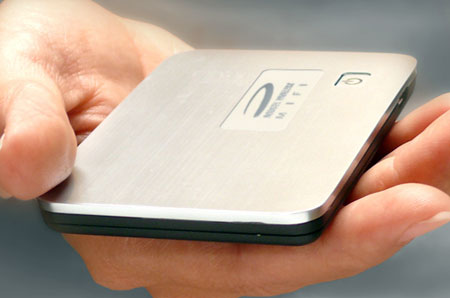 With a word, Steve Jobs has ruled out tethering the iPad to the iPhone. In an email he basically just said “no.” On some levels that makes absolutely no sense, but then when you consider AT&T’s well chronicled network woes it makes all the sense in the world.

I’m in the same camp as Kevin Tofel. Should I choose to buy an iPad, I’ll be tethering up to a Sprint MiFi Card for connectivity when I’m not around a WiFi hotspot. In thinking about that it makes me curious as to why the MiFi (and to a lesser extent its 4G enabled descendant the …… ) aren’t more prevalent options as we hear folks debating on whether or not to purchase a 3G enabled iPad or not.

I guess my surprise is that Novatel, Sprint, and Verizon don’t push MiFi cards harder. If you ask me, they’ve got a ready made market about to pop wide open with the iPad and other Tablets. And since everyone including Steve Jobs sees the iPad as “another device” instead of replacing a device you already have, it seems like a golden opportunity. AT&T has said that they view the device as being used on WiFi more than 3G, and I’ve said before that I think the $130 premium you pay for a 3G version is meant as much as a deterrent as it is anything else.

In my usage case, Sprint (the flavor of the MiFi card I use) has very good connectivity in locations where I could see myself using an iPad, or any other Tablet like device, so from my perspective this seems like a no brainer.

Perhaps after the iPad is released we’ll see a push on the MiFi front. Like I said I think there is an opportunity there.