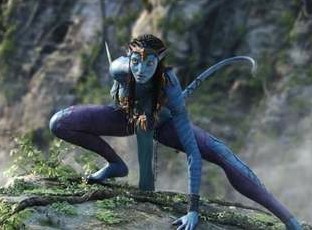 As I said recently in my predictions for 2010 the world is going Tablet crazy with just about everything being called a Tablet and Touch being the UI metaphor that sends folks into paroxysms of gadget lust. Mike Elgan is one of the latter. He’s also pretty good at rewriting human and tech history.

He’s penned or typed a post (he can’t do that with touch) talking about how Tablets will be in the new king gadget, shoving Netbooks to the side. Keep in mind, Mike never got Tablet PCs in the first place, and I doubt he ever seriously attempted to use one. But his post is indicative of the furor, bred mostly by the mythical Apple Tablet, that is causing folks all over to shimmy, shake, and salivate when they think of Tablets.

He lists seven reasons why Tablets are ready for primetime. They are:

Mike seems to think that because Tablets will be running what he calls “cell phone processors” that Tablets will be cheaper, faster, and more usable. The first two in that list are probably accurate. I’m not sure about more usable though. I hope he’s been paying some attention to the cell phone market recently, because there have been quite a few attempts at touch on those devices and very few have found the right mix beyond the iPhone to create a really fluid touch UI. It looks like Snapdragon might be an exception here. (That’s a good thing.)

And then there’s the digitizers. Yeah, they take some work, and it looks like more work is needed. With a notable few exceptions, a lot of touch devices are still relying onÂ resistiveÂ screens not capacitive. This issue hasn’t been solved by a long shot though everyone is trying very hard to do so. In fact, I think 2010 will feel very much like the early years of Tablet PCs when we see devices that offer a lot of promise but just aren’t there yet, primarily because the digitizer and processor equation still doesn’t add up yet. Tablet PCs brought us the vision of mobility but they also introduced the concept of Beta Hardware, which unfortunately seems like a concept that isn’t about to go anywhere soon.

But Mike seems to be infected with the “Touch is King syndrome”. So much so that he rewrote the history of evolution andÂ anthropologyÂ by proclaiming that:

Meanwhile, interacting with and manipulating objects in our environment with our fingers is the most natural of acts. People have been doing it since before our species even existed. (emphasis mine.)

I’d like to know which people were doing that before our species even existed, because Mike’s discovery of that has rewritten history books everywhere.

Mike can be forgiven though. He’s one of a species of tech writers who have swallowed the kool aid that makes you believe Tablet PCs are a failed breed andÂ consequentlyÂ haven’t paid much attention to their development (and lack thereof) since they were launched and doomed by marketing and bean counting mistakes.

In one respect, pen and touch systems are opposites. One makes us adapt, the other adapts to us.

Interesting. I’ve used lots of touch devices but I’ve never found one that adapts to me yet. Mike must be on to some sort of new mystery touch device out there that detects what I want to do and adapts accordingly. Or maybe Mike is just a descendant of those ancient people that existed before our species did.