The MiLi Power iBox iPad 2 battery case puts a big 8000 mAh battery on the back of your iPad in the form of a protective case compatible with your iPad  Smart Cover.

The plastic, silver case bills itself as the 1st Apple approved battery case for the iPad 2, however Kensington also has one but with a little more than half the capacity.

I loved the extra battery life. Unfortunately, I don’t care for the Power iBox’s design and quality. 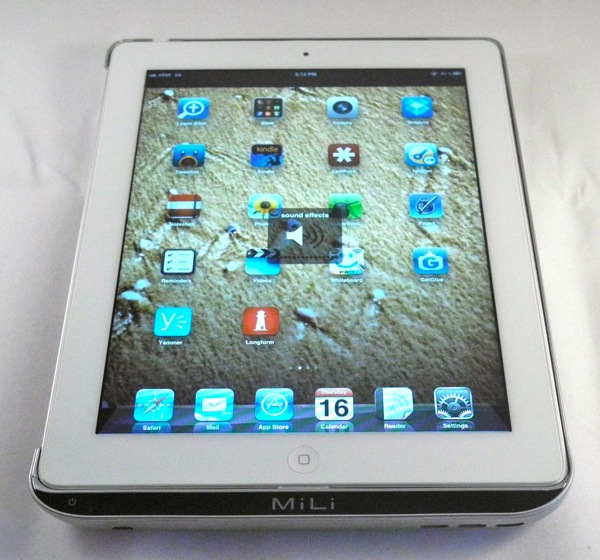 The people at xenGadget sent one over and I’ve used it for a few weeks. One thing I can guarantee. It will more than double your iPad 2 battery life. My iPad 2 typically lasts about 10-11 hours. With the case I got two full days work with heavy usage totaling nearly 30 hours from the time I unplugged till it my iPad shut down. That included 7 hours overnight with no usage as I slept, so that results in a good 23 hours of use. 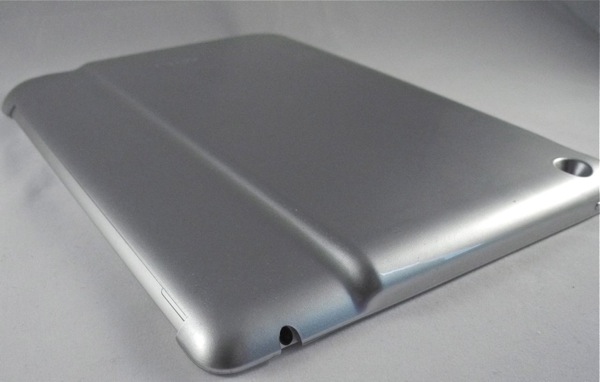 A power button on the lower left front of the case turns the case’s charging feature on and off and indicates how much battery you have left using four blue LEDs. Press the button and it starts charging the iPad 2 for you.

You can plug the case in using the included USB cable to a USB to AC adapter or you can plug it into your computer, which charges the battery and syncs the iPad.

The lithium polymer battery lasts, but sadly that’s where the good news ends. The case uses a flimsy plastic material to cover the iPad. It feels cheap even if though it doesn’t come cheap, at $129.95. I’d pay that price for a nice case that fit well. Considering MiLi makes a really great iPhone battery case, it was disappointing to find the poor build quality. 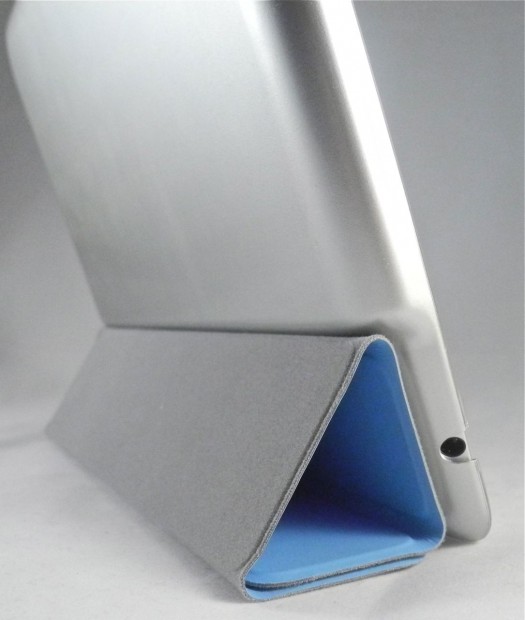 All of the battery rests on the right side of the case, so that you can use your iPad 2 Smart Cover. The edge closest to the Smart Cover magnets is recessed so you can fold the Smart Cover over the back forming a triangle to hold the iPad at a good typing angle viewing angle. The Smart Cover works with this design choice.

I don’t like the case’s weight, which feels unbalanced. If you hold your iPad with your left hand, the right side will be much heavier thanks to the battery in the case. Holding your iPad one-handed strains most users. Add another 12.7 ounces and you will get fatigue quickly while reading. The weight doesn’t bother me as much while I hold it right-handed, but I don’t do that much. I like to keep my right hand free for tapping the screen.

Some of the cutouts fit perfectly, namely the speaker holes along the bottom edge, the mute/orientation lock switch opening on the upper right, the camera on the back and the headphone jack along the top edge. Instead of cutouts for the power button or volume buttons, you get plastic covers that hide them (see image above). You have to press the plastic covers to engage them. The power button works fine, but the volume buttons were hard to use. Finally, the micro-USB cable barely fits the port used to power the case and sync with iTunes. You have to really push hard to insert the connector.

You have to somewhat force your iPad into the case because of the way the volume and mute/orientation lock buttons fit in the case. It made me nervous that I might damage my iPad as I pressed it into the case. I’ve already broken the dock connector on one iPad 2 due to a poorly connecting charging connector. This case made me nervous I might break another. 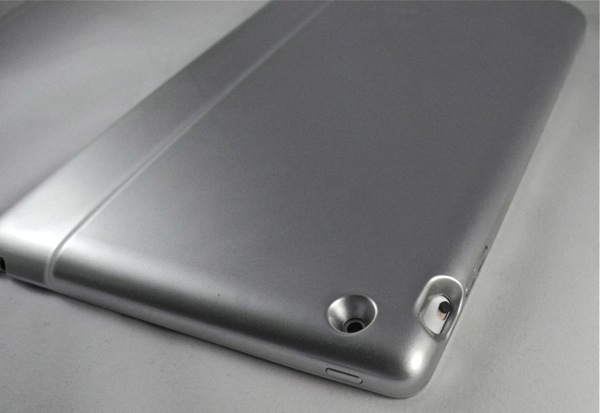 I’ll keep the Power iBox iPad 2 cover around for those rare times when I really need long battery life, but I can’t recommend it to most users. If you need iPad that lasts twice as long as it does without extra power and you’re willing to overlook the weaknesses and spend $130 to get it, then this is your case. No one else should bother. It feels flimsy, poorly designed and doesn’t fit that well.