The Minisuit Mobile Bluetooth Keyboard for the new Nexus 7 fits the tablet perfectly, covering the screen and matching the style of the new Nexus 7’s back with a similar outer shell. The faux aluminum material gives it a feeling of quality at a budget price. Yet, we can’t recommend it for all-day everyday typing on the new Nexus 7 thanks to a cramped key layout, strange multi-function key design and tiny key size.

We tested a pair of Minisuit keyboards for the Nexus 7 and Nexus 10 before and generally felt the same way we did about this keyboard. They fit their respective tablets perfectly, but offer a subpar typing experience for most users. 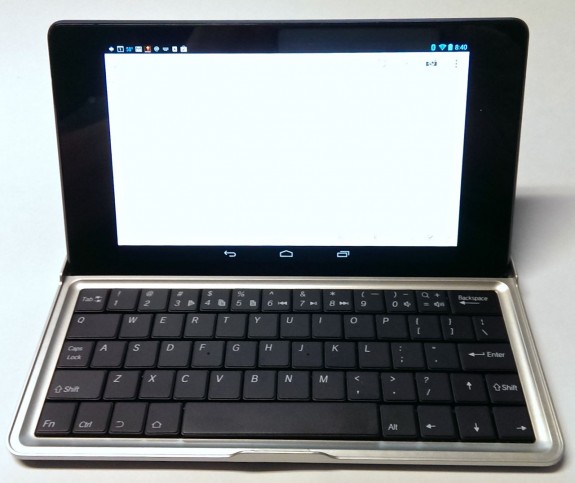 Our Minisuit Mobile Bluetooth Keyboard for the new Nexus 7 shares the same faults as the company’s other Nexus 7 keyboard case: they’re both too cramped to use everyday for long typing sessions. This one doesn’t even include a separate row for the function keys that the others come with. Instead, those functions share the top row with the number/punctuation keys. Most function in three ways, a number, a punctuation mark plus a function (media player controls, copy/cut/paste). 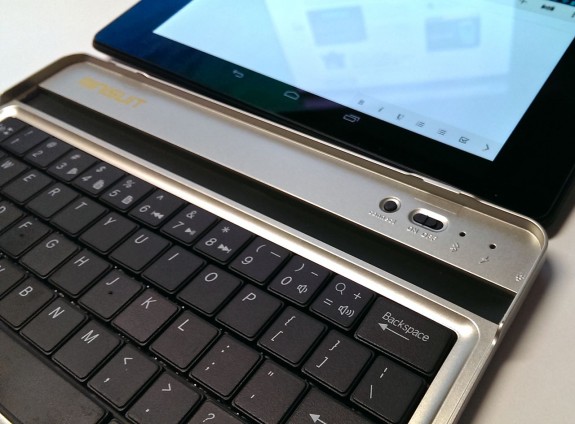 The two keys next to the backspace key function in four ways as follows: 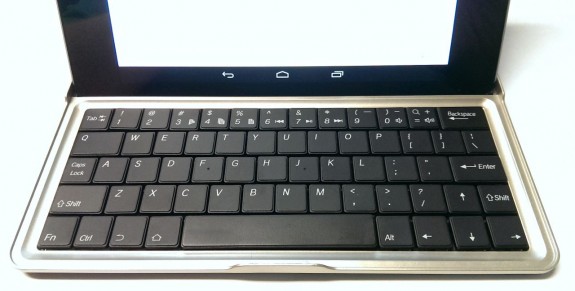 To engage the dash or the plus keys use the CTRL key as a second function key helper like one would with the Fn key at the bottom left. There’s no mention of this anywhere in the documentation. We found it through a process of elimination.

People who like to type with the hunt-and-peck method won’t mind the cramped layout, but they will struggle with the tiny keys, hitting the neighboring keys. Only touch typists with incredibly small hands can touch type on this keyboard. 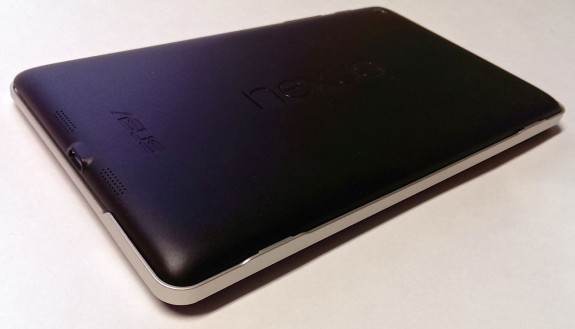 At a budget price of $29.95, this keyboard costs less than most Bluetooth keyboards, regardless of what device they pair with. Users can pair this one with the Nexus 7 or with other Bluetooth devices, like iPads or phones. It paired quickly and stayed connected. The battery lasted all day without every charging it. 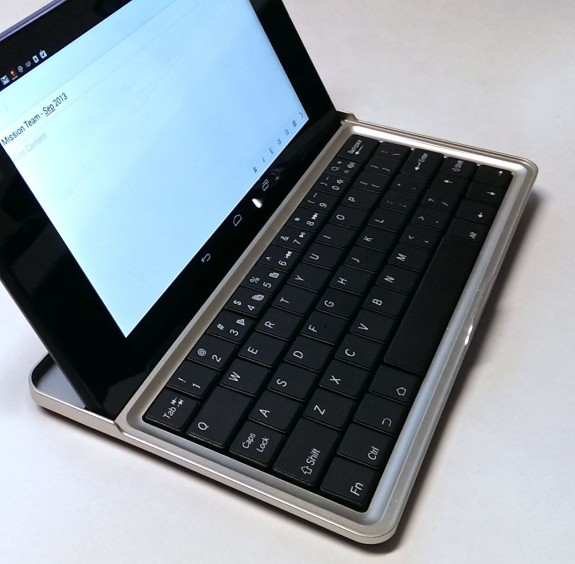 We can’t recommend the Minisuit Mobile Bluetooth Keyboard for the new Nexus 7 to many people. Only children or hunt/peck typists will find it useful. Neither will enjoy typing for a long time.