One of the hottest exclusive titles for the PS4 is MLB 14: The Show, and as the only true baseball simulator video game out on the market currently, MLB 14: The Show provides gamers with a one-of-a-kind experience that you can’t get on any other platform.

However, while the game is really fun to play, its simulation style comes with a bit of a learning curve. Gamers who are new to the series most likely won’t be able to just jump right in and start dominating right away. As with any true simulator, it takes time to learn the hitting controls and get a feel for the gameplay in general.

Plus, as with any game, there are a few tips and tricks that you pick up on the longer you play it, but if you’re wanting to find out what those tips and tricks are right now, you’re in luck.

I recently traded in my Xbox One for a PS4 and the first game that I immediately bought was MLB 14: The Show. Needless to say, I’ve been playing the game religiously over the last few weeks and have discovered some tips and tricks for hitting that you can use yourself. Plus, as a huge baseball fan, it certainly helped that I knew a lot about the sport in the first place to give myself a nice edge.

So if you’ve been struggling at the plate and just can’t get it going, here are some hitting tips and tricks for MLB 14: The Show that you can try, and hopefully you’ll become the next Barry Bonds.

Be Patient at the Plate

You’re not alone admitting that you swing at every pitch in the hopes that you crush a ball over the fence, but that’s the opposite of how you want to approach your at-bat.

You want to be patient at the plate and pick and choose your pitches. Then, when the right one comes along, you have a better chance of getting a good hit. 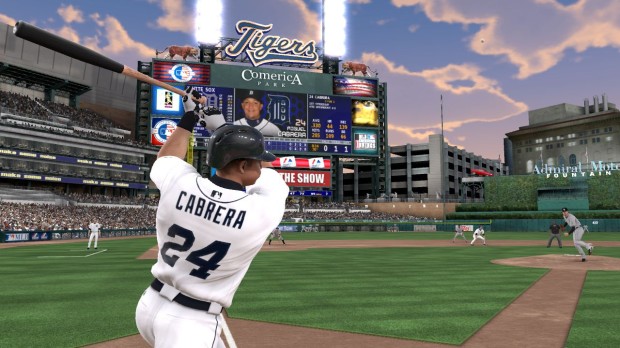 Many veteran MLB The Show gamers will suggest that you always take the first pitch unless it’s a fastball right down the middle. Otherwise, let it go by in order to get a feel for the pitcher. Plus, if it’s not a pitch that’s right down the middle and you swing at it, it’ll most likely end up being a flyout or groundout anyway.

It can be hard to gauge whether a pitch will be a good one or not, especially since you only have a second or less to decide whether or not to swing. This is something that you’ll naturally learn over time, and while there’s no hard and fast tip for improving your plate vision, many gamers suggest keeping your eye on the spot where the pitcher releases the ball and watch what direction it travels in as it makes its way toward home plate. From there, you can get a good idea of where the ball might land. Again, this will take time to learn, so be patient. 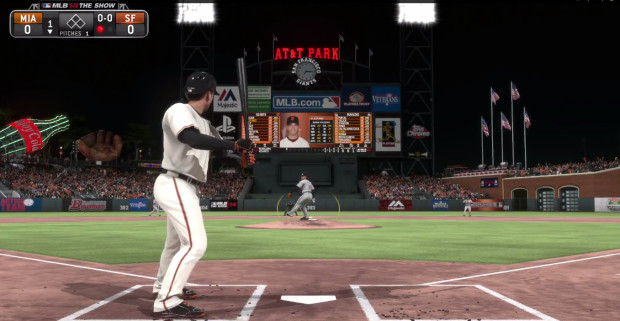 In the end, it’s important to realize that you simply won’t get a hit during every at-bat. Some of the best hitters to ever exist in baseball only got a hit 35% of the time, and that’s considered an extremely good percentage. In fact, Pete Rose (who has the most hits of any player to ever exist) has only gotten a hit 30% of the time. So be patient and wait for the perfect pitch to come your way. You’ll soon notice your batting average start to creep up.

Use the Right Swing Type

In MLB 14: The Show, you have three different swings to utilize during your at-bat: Power Swing, Normal Swing and Contact Swing. You’re probably thinking, “Power Swing all day every day,” but unless your batter is a power hitter to begin with, you never want to use the Power Swing.

When you use a Power Swing, your contact accuracy goes way down, which means that if a pitch lands anywhere but the center of the strike zone, you’ll most likely strikeout or barely make contact. To be honest, I only use the Power Swing when I know that my batter is a power hitter to begin with, and even that I use it sparingly. 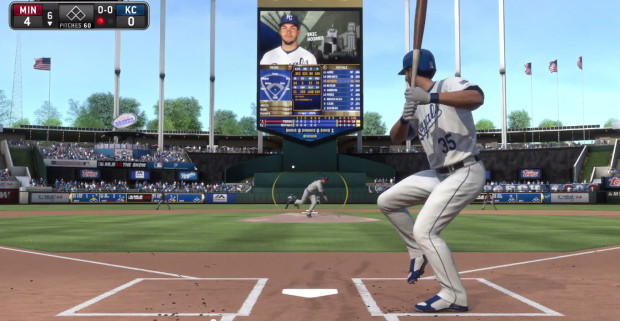 So when are you supposed to use the Power Swing? If you have a power hitter at the plate and want to use the Power Swing, there are a couple of instances where it would be appropriate, but it’s obviously not 100% foolproof. First off, while I said earlier that it’s a good idea to just take the first pitch, don’t feel any need to hold back if it’s a pitch that’s coming right down the middle. In fact, many pitchers will attempt this just to start off the count in their favor, which is a good time to use your Power Swing.

Another good time to use your Power Swing is when the count is in your favor. If you have two or three balls and no strikes, expect the pitcher to try and lay one down in the strike zone in order to keep from walking you. It could be a slider or a fastball, but either way there’s a good chance it’ll be a good pitch to swing at. 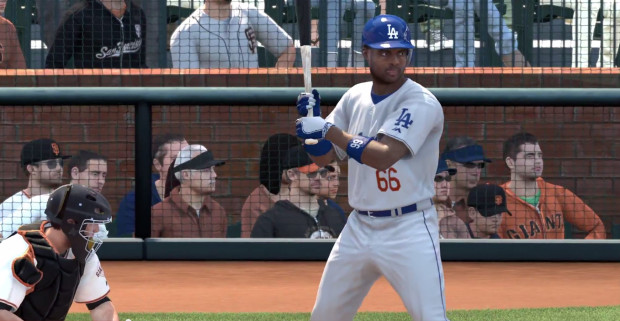 Otherwise, you should never use your Power Swing. The Normal Swing is enough to get the job done and get some decent hits; you’ll be able to make better contact on a wider variety of pitches. As for the Contact Swing, I usually reserve this if the count isn’t in my favor. In other words, if I have two strikes, I need to protect the plate and can’t be picky about pitches, so if I think a pitch is anywhere near the strike zone, I’m swinging at it. Thus, the Contact Swing is the best swing to use if you need the widest area of contact possible, just don’t expect a solid hit.

Watch the Count and Strategize

During each at-bat, you get four balls and three strikes, and every count is crucial. Depending on what the count is, a pitcher could be throwing a particular pitch, and by knowing what kind of pitch the pitcher might throw, you as the batter can gain an advantage and hopefully get a decent hit. Below I’ve typed out every possible count scenario and what a good strategy is for each count situation. Again, these aren’t hard and fast rules you should follow to the T, but they’ll most likely increase your odds.

If you utilize all these tips and tricks, you’ll quickly become a hot player in no time. However, the most important thing to remember is to just have fun and don’t take it too seriously for the most part, unless you’re playing against your friends.