Baseball video games are making quite a comeback in 2014. Despite the exit that the MLB 2K series took last year, several gaming studios are trying to take its place with a baseball game of their own, with RBI Baseball 14 being the most popular option for Xbox currently.

RBI Baseball 14 is also available on iPad, but it’s far from a simulator. However, this is where a new game called MLB Perfect Inning comes into play.

The game aims to be the end-all baseball simulation game for the iPad, but it’s a bit far from that. MLB Perfect Inning is as close as you can get to a baseball simulator, but it’s not even close to what you’ll find on the PS4 with MLB 14: The Show. 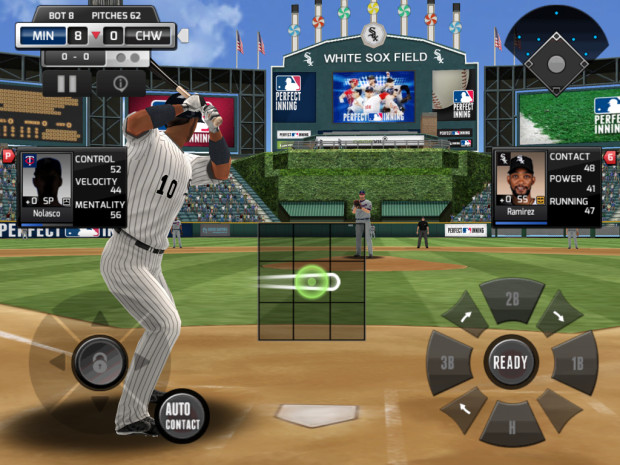 MLB Perfect Inning is free-to-play, and the only time when you might be tempted to spend real cash is if you want to quickly improve your team rather than having to wait for gold to build up. If you just want to play a game, then you won’t have to pay a cent, which is really nice considering this a MLB-licensed baseball simulator.

One of the biggest caveats of baseball simulation games is that there’s usually a steep learning curve if you want to learn all of the controls, and sometimes there are so many of them that you start to run out of buttons on a gamepad and have to start creating button combos.

It’s a little different on the iPad, though, thanks to the touchscreen. Some of the controls that you find on console baseball games are absent from MLB Perfect Inning, and that’s to keep the number of touchscreen buttons to a minimum so that they don’t all block what’s going on in the game itself. 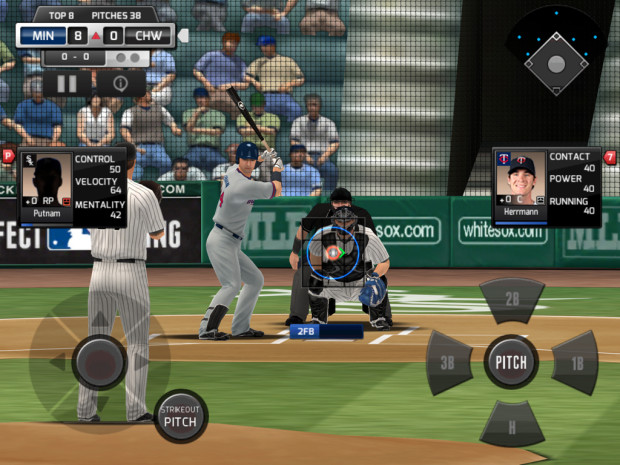 Pitching mechanics are very similar to what you’d find on a console game. You select the type of pitch you want to throw by using the virtual joystick and moving it into a certain direction to select a specific pitch. Then, you use the joystick again to position where you want the ball to land in the strike zone. All that’s left to do is hurl the ball when the pulsating blue circle closes in on the red dot. The farther away the blue circle is, the worse the pitch, so timing is important here.

Batting is a bit more difficult, as you have to not only swing at the right time, but you also have to move the bat using the joystick and aim it to where the ball is going to land in the strike zone. However, you can turn on “auto contact” and have the game automatically make contact with the ball — all you’ll have to do is get the timing down and know when to swing the bat.

I have a lot to gripe about with MLB Perfect Inning.

First, the game isn’t Retina-ready on the iPad, so it’s a bit blurry when you play it. You start to get used to it after a while, but I keep thinking about how much better the graphics could be if the game simply supported Retina iPad displays.

Speaking of the graphics, I didn’t have a lot of hopes going into it. The iPad can deliver some great graphics, but it doesn’t have anything on console gaming. Therefore, MLB Perfect Inning leaves much to be desired in the graphics department for a baseball simulator. To give you a good idea, they’re close to original PlayStation graphics, but I’ll just let the screenshots throughout this review speak for themselves. 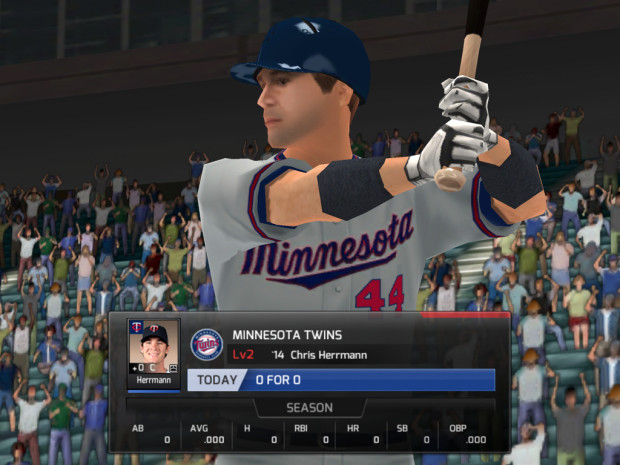 Another thing I found really annoying is that I had the difficulty on the easiest setting, yet my opponent would always get a hit and crush the ball, eventually finding myself behind 8-0 before I’m even halfway through the game. Even if I consistently throw great pitches, it seems my ERA always goes down the crapper.

Furthermore, batting is very difficult and getting the timing down is crazy hard. Most of the time you’ll swing too early, and that’s because in real life, you start your swing slightly before the ball crosses over the plate. In MLB Perfect Inning, I’ve learned that you need to tap the Swing button right as the ball crosses the plate, which is really weird and completely unnatural. 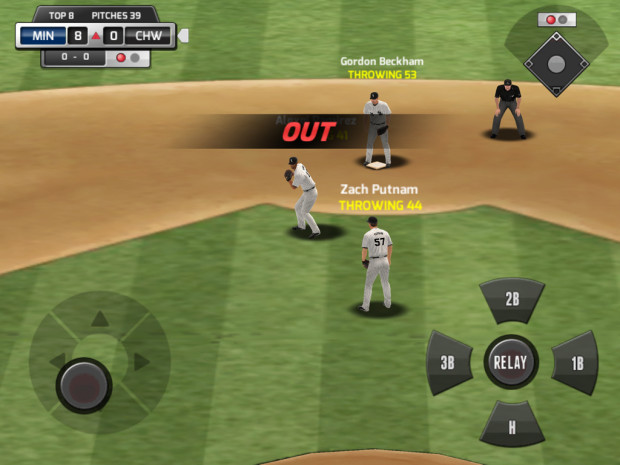 Plus, there are other elements of the game that make MLB Perfect Inning not that great of a simulator. One of my biggest pet peeves is that batters run way quicker then they would in real life, and balls are thrown from base-to-base way too quickly as well. This makes MLB Perfect Inning seem like a mix between an arcade and a simulation title, rather than a true simulator that it’s advertised as.

Of course, maybe baseball games just don’t work on a touch screen? The nice thing about a gamepad is all the buttons and combos that you can have. Touch screens are extremely limited by this factor, so iPad games can only get so advanced before they need to be dumbed down a little. MFi controller support is one way to bypass this, but only a handful of games support it and it’s not that ubiquitous just yet.