The MLB regular season is now over and the playoffs have begun. Here’s how to watch the MLB Wild Card live stream on your computer or mobile device.

These Wild Card games will be a one-game playoff instead of the usual 5-game or 7-game series that later playoff rounds have. This means that the Wild Card teams will need to bring their A-game in this one matchup if they want to make it further into the playoffs in an effort to win the World Series.

If you want to catch all of the action, but won’t be around a television or don’t have cable, here’s how you can watch the MLB Wild Card live streams on your computer or mobile device.

Perhaps the best and only way to watch the MLB Wild Card live streams is by using MLB.TV, which is a streaming service that lets you watch MLB games live on your computer or mobile device (as well as on a supported set-top box or gaming console). 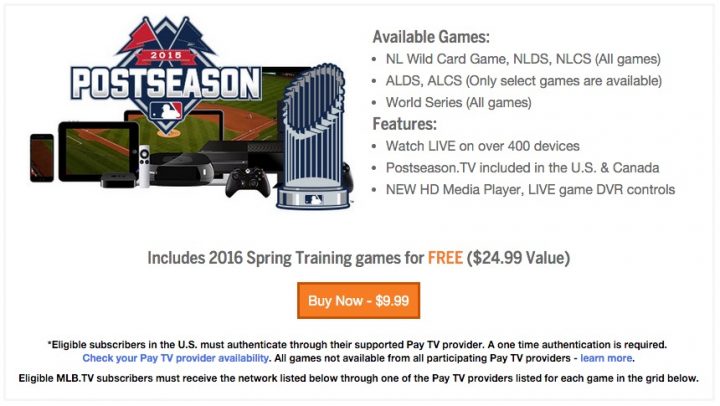 You probably know that MLB.TV (and other live sports streaming services) have blackout restrictions that prevent you from watching your local team play, but the restrictions are even worse for playoff games.

If you live in the US, you can only watch a handful of playoff games, and that’s only if you have a cable subscription. However, those who live outside of the US and Canada can watch every single playoff game without blackout restrictions.

The good news is that it’s fairly easy to bypass these restrictions if you live in the US or Canada, and we’ve detailed the process in the past. 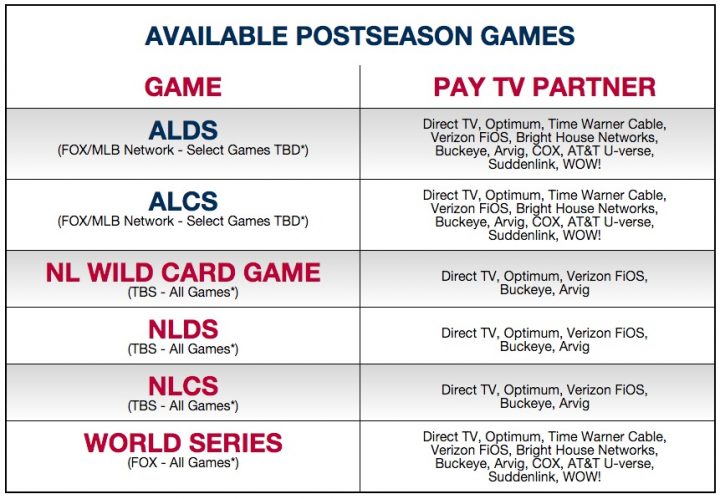 Essentially, though, you’ll sign up for a VPN service, which costs around $5 per month depending on which service you go with (Unblock-Us is my go-to service at the moment), and then set up the app on your computer or mobile device. There will usually be device-specific instructions on the service’s website. However, with Unblock-Us, you simply just edit some DNS settings on your device — no need to install an app.

From there, all you need to do is get an MLB.TV subscription, which only costs $9.99 to watch the entire playoffs and it even includes all Spring Training games next year.

Without a VPN service, you’ll only be able to watch a handful of playoff games and only if you have a cable subscription. US and Canadian users won’t be able watch the American League Wild Card game as well as select games from the American League Division Series and Conference Series.

MLB.TV is the most reliable method for watching live baseball games that we’ve seen, and even though it can be glitchy at times, it’s much better quality than what you’d get from those sketchy streaming sites.