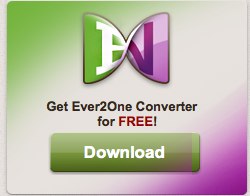 Tablet PC fans and mobile device fans have one great longing. That longing is to have the amazing flexibility of Microsoft’s OneNote work everywhere on any device. Yes, there’s a mobile version with Office 2011, and yes there are ways to get your notes into OneNote. But that longing wants more than is available now, and probably will be in the future. One of the ways to use your OneNote Notebooks on your iOS device (an Android release is promised soon) is to use MobileNoter, a very good iOS App that allows you to sync your OneNote notebooks with your mobile device.

But, if you’re a multiple device and platform guy like me, another amazing App, Evernote, has most likely become your repository of choice for all those things you pick up in your journeys around the Internet. Wouldn’t it be great if you could convert an Evernote notebook into OneNote? Well, it looks like the folks at MobileNoter have a solution for that. It’s called Evr2One. I haven’t used this yet, (I’m in running around mode today) but I plan on giving this a try.

It’s a free download and Evr2One promises to convert your Evernote notebooks over to OneNote in just a few clicks. If anyone gets to this before I do, let me know what you think. I’m anxious to try this out.

Have you ever dreamed of a possibility to import your notes from Evernote into OneNote in a couple of clicks? If yes, then your dreams have just come true. If not, this information still can be useful for you. Wondering what we are talking about? Our team has just finished the development of the Ever2One Converter, the tool that can import notes from a Evernote account to a OneNote notebook. Download the Ever2One converter for free and enjoy the quick and easy way of importing notes!

“Too good to be true, just too good to be true. I have been an avid OneNote fan for years even though it lacked the integration and “anywhere” access that I needed. Business problems aside, my BIGGEST “personal use” problem has been my recipe collection. I am an avid cook who is often asked (or volunteers) to cook when I am traveling and/or people always want my recipes. The old AOL FTP space crudely filled this need but lately, I have been on a major quest to keep all of my recipes and tips in one place electronically and eventually publish. I gave up on expensive cookbook applications (they were either on-line or print only, not viewable both ways) and resorted to importing all of my recipes, including scans of my mother’s invaluable handwritten recipes, into OneNote. I felt like I was wasting my time but at least I was on my way to getting them all in one place. This morning – on a whim – I checked the App Store with hopes that MS had finally produced an iPhone app for OneNote and found MobileNoter! Personally, I thought it had a snowballs chance in hell. No way!!! I cannot believe it! My entire cookbook (work in progress) is synced beautifully with my iPhone 3G! No way! No way No way! And wireless sync?? honestly?? No way! You rock – you absolutely ROCK! A 10 year old problem SOLVED and I am HAPPY HAPPY today! Apple owes you big time because now I’m asking Santa for an iPad!”