The wait is finally over for Android users who have been in search of  a way to play their favorite Android games with all the physical controllers they would expect from a dedicated gaming console. Moga’s Hero Power and Pro Power controllers are now officially available from the company’s retail site.

The first of the two, dubbed the Moga Hero Power, retails for $59.99. It includes every button users might expect from a traditional controller including two joysticks, a directional-pad and top-mounted bumpers. As its name suggests, The Moga Hero Power allows users to game just  longer thanks to a built-in 1800 mAh battery that can charge the user’s Android device. This device also includes a locking arm that allows users to lock their smartphone to the top of the controller for a handheld console-like experience. 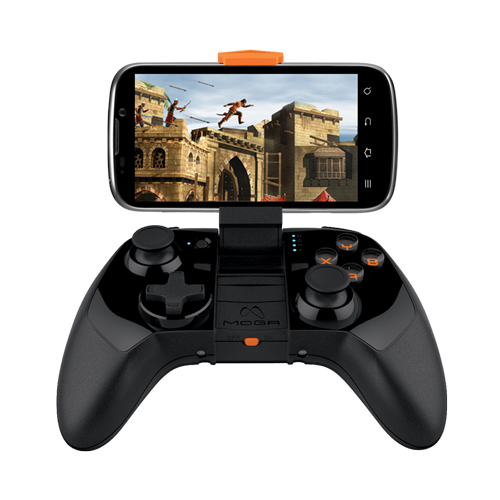 Users don’t have to plug-in their smartphones if they’ve already got a full battery. That’s because both controllers feature Bluetooth technology that allows them to pair with smartphones running Android 2.3 or later.

While these two controllers aren’t compatible with the iPhone, Moga has already confirmed that its working on the Moga Ace Power, a controller that will allow iPhone 5s and iPhone 5c users to play games without having to use on-screen controls as well. There’s still no word on when users might so the Moga Ace Power on store shelves.