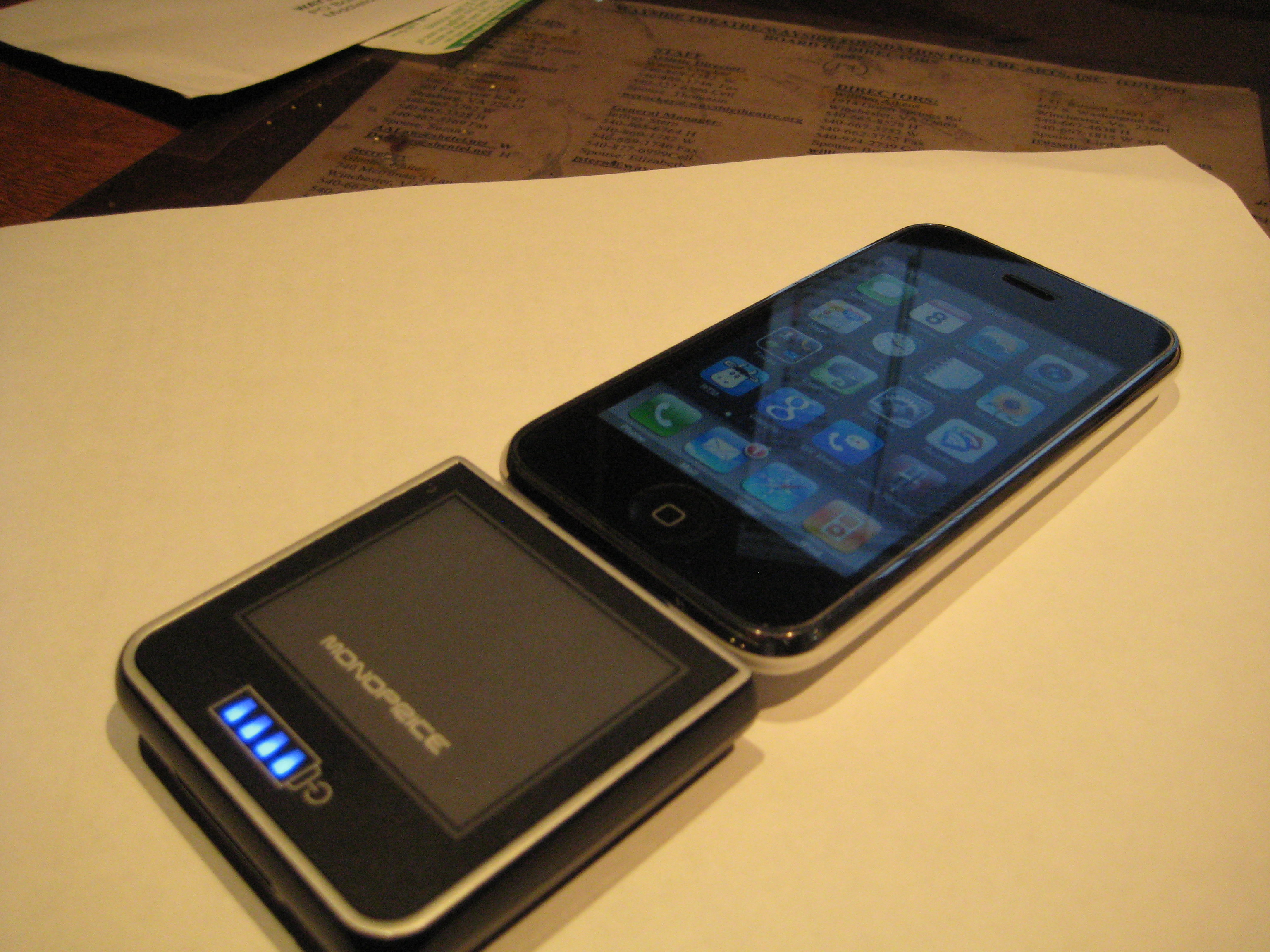 Last week or so, quite a few iPhone geeks online got excited by the price and corresponding value of an external battery solution being offered by Monoprice. The iPhone Battery Pack costs $15.23 (less if you order quantities larger than 1) and provides 2200 mAh of juice for charging up the iPhone. It is a small device and therefore easily tossed in a gadget bag.

I ordered one of the devices (actually two, I’m giving one as a gift) and it arrived recently. While it will indeed charge up your iPhone battery a couple of things you should note.

The battery connects to the iPhone’s dock connector port. While it feels like it is a solid connection this isn’t a solution you’re going to slide in a pocket and head on about your way. It does have some give and take once selected which makes me feel like it could be putting stress on the connection. It feels fine when it is laying on a table or a desk, but holding the iPhone with the battery connected just feels a bit shaky to me. The battery packÂ  has a dock connection on the bottom of the charger so that you can charge it up when the battery is out of juice.

Also, note that this isn’t a topper upper kind of battery once it runs low. It has four indicator lights (which you can turn on or off). Yesterday I plugged in a fully charged battery to my iPhone which was had about 20% battery life left. It charged up to 95% in just under 3 hours, which is when I turned in for the night. The battery pack was still showing one light, which I took to mean that it had somewhere less than a quarter of its juice still available. (I would have thought it would have had more but that is for further testing.) This morning when I plugged it in, I noticed that the battery was sucking juice from the iPhone and recharging itself. I plugged in the other Battery Pack (which was fully charged) and the iPhone started charging again.

All of that said, I still prefer the Mophie Juice Pack as my primary backup battery. It does the job well, but this battery pack from Monoprice will serve as a decent backup to the backup.