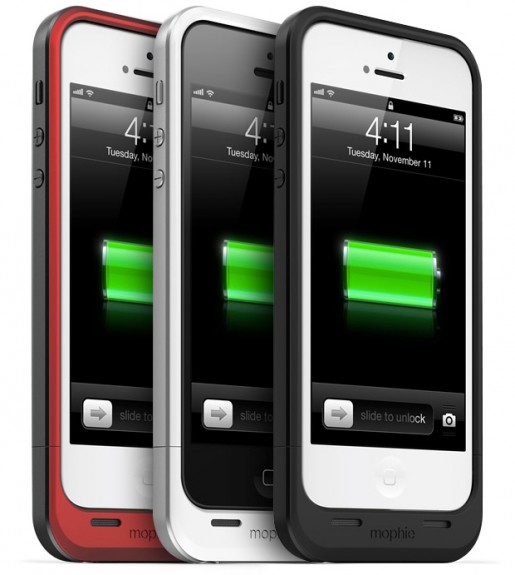 The Mophie Juice Pack Air for iPhone 5 comes in three colors: black, white and red. The black model will ship in 7-10 days, while the red and white models will ship on March 22.