Mophie recently announced another iPhone 5 battery case: the Mophie Juice Pack Plus for iPhone 5. It is aimed at users who need more than double the battery their iPhone 5 can give them.

That extra battery should give users an additional 10 hours of 3G talk time, 10 hours of 3G or 4G LTE data usage or 12 more hours of Wi-Fi usage. That’s likely enough to get most users through a day, if not more than a day. 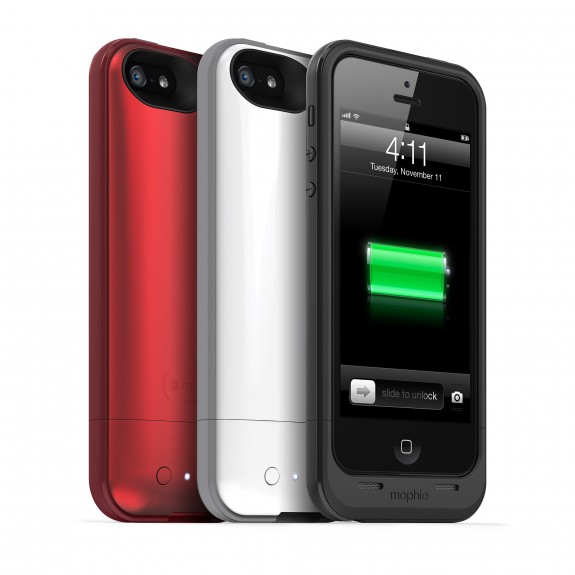 Surprisingly, despite the larger battery and slightly thicker case, the Juice Pack Plus weighs the same as the Juice Pack Air. Both iPhone 5 battery cases weigh 2.68 ounces, which is still lighter than the 3.95 ounce iPhone 5.

The Mophie Juice Pack Plus is available now for $129.99, costing $30 more than the Juice Pack Air. Users can only order the black model right now, but the case also comes in white and red, both of which will ship later this month.