The newest BlackBerry Bold 9900 series (9900 for GSM networks and 9930 for CDMA networks) may soon get a little brother in the form of the BlackBerry Bold 9790. The 9790 has been leaked before, but this round of latest leaked images show not only a polished design and prototype build that’s ready for launch, but gives us a glimpse of the device’s rear side as well as what’s underneath the back battery cover. 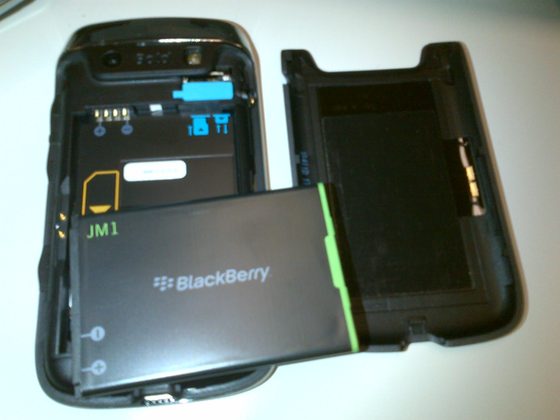 The Bold 9790 combines design aesthetics from the Bold 9700 series, the Bold 9900 series, and the BlackBerry Torch 9850/9860. From the 9700 series, the 9790 retains the small footprint and form factor that RIM has standardized on for its Bold series after the company had moved away from the larger footprint of the initial Bold 9000 series, but is now moving towards again with the Bold 9930. In the Bold 9790, we also have a touchscreen that debuted from the Bold 9900 series, and the new Bold 9790 also utilizes the same JM1 battery that’s on the Bold 9900. Additionally, rather than flush BlackBerry navigation buttons that surround the optical trackpad just below the display, the new Bold 9790 has island-style navigation buttons that’s been borrowed from the Torch 9860. 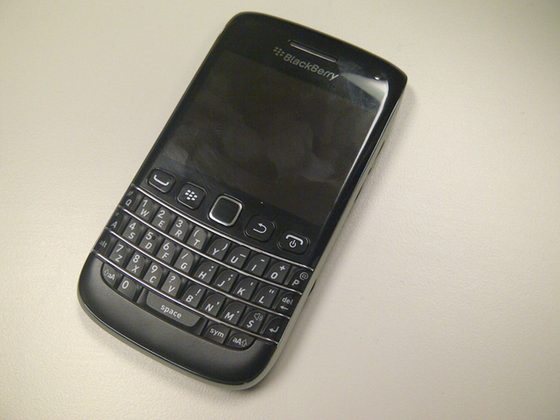 With the new Bold 9790, RIM is going with a dual-finish scheme on the front–glossy surrounding the touchscreen display and matte black on portions that are not the display.

The new Bold 9790 should also have the same 1.2 GHz single-core CPU, NFC support, and BlackBerry 7 OS as the Bold 9900 series. Additionally, the device is expected to come with 8 GB of storage on-board.

All that’s missing right now is an official announcement and release date from Research in Motion.