We had previously reported about a leaked ATIV Book 6 branding for Samsung’s Windows 8 notebook that would be coming to the U.S., and now it looks like the ATIV Book moniker will be used on even more Samsung’s notebook and laptop products. The company first introduced the ATIV branding with the debut of the ATIV S Windows Phone 8 smartphone and the ATIV Smart PC, ATIV Smart PC Pro, and the ATIV Tab Windows RT tablet that was subsequently canceled for the U.S. market. Now, it looks like ATIV will be making the jump to notebooks with the ATIV Book label. 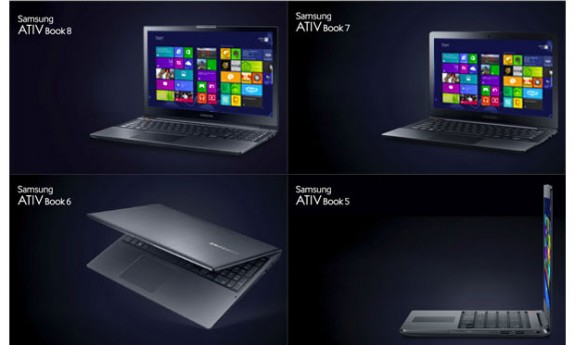 With Samsung’s more simplified branding, we can now expect to see Android be branded under the Galaxy brand and Windows products under the ATIV brand. This should help Samsung keep its marketing consistent and effect as it will be introducing a third family of product shortly. The South Korean electronics-maker is expected to debut a new range of smartphones and tablets to run on the Tizen operating system to replace its Wave line of smartphones that previously ran on the Bada OS. It’s unclear if Samsung will keep the Wave branding or if it will move to an entirely new product branding for Tizen ecosystem products.