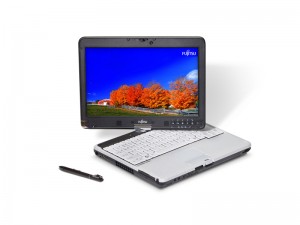 At his Carrypad blog, Chippy has, and I think this term is spot-on, dumped everything he thinks about tablet design in a post complete with diagrams and lengthy bullet point list, entitled “Things to Consider when Designing or Buying a Tablet-style device.”

Despite the size of his post, he’s quick to point out it’s by no means all-encompassing and he’s eager for feedback and commentary. One thing that jumps out at me immediately is that his second diagram, which splits the mobile computing segment by screen size, only goes up to the 10″ mark. He also doesn’t address pen input or active digitizers. Neither of these omissions are surprising given that he’s an ultra-mobile specialist, but I’m a Tablet PC specialist. My mind starts at the large end of the pool, so here’s my two cents from that perspective.

A 12″+ Tablet PC with active digitizer is best for occasional mobile use and/or extensive pen use. This is ideal for productivity that traditionally works better with pen input, such as document annotation, note-taking, brainstorming/mindmapping, and mathematics.

The larger screen is conducive to working with pen, being closer to a paper notebook in size than a paper notepad. It should rotate between landscape and portrait modes to accommodate the user’s work style.

At this size, users expect full computing functionality so a convertible design with keyboard is practically required. Due to the dual nature, interface must be customizable and/or swappable; a desktop-style interface is poor for pen use, while a pen-based interface is difficult for keyboard use.

Battery life will be limited, but a separate carrying case is typical at this size, allowing a spare battery and/or AC adapter to be carried with little additional detriment to mobility.

Touch can be a detriment at this size due to handling issues, but should be included as a user-controlled option. Multi-touch is preferable since the larger screen allows for better manipulation by a single user and accessible by a second user.

As far as other concerns, I think Chippy covered most of them, such as citing the differences between capacitive and resistive touch. Great reading material if you want to get your brain thinking “tablet”. Certainly got my neurons firing.