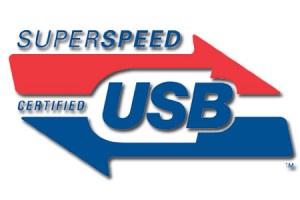 This morning in Notebooks we have news about the U.S. release date of the Asus Eee Pad Transformer, a review of Dragon Dictate 2.0 for Mac, a timeline for when you might see USB 3.0 in more notebooks and a review of the Scosche MotorMouth II Bluetooth speaker phone and streaming device.

If you have been waiting for a notebook with full USB 3.0 support, or even just one USB 3.0 port, then the good news is that both AMD and Intel have announced that upcoming chipsets will support USB 3.0. Up until now, PC manufacturers needed to use a third party solution, which meant only higher end notebooks received USB 3.0 and sometimes there was only one USB 3.0 port. AMD is adding USB 3.0 to two chipsets, including the Fusion line, and Intel has pledged to bring USB 3.0 support in 2012 with Ivy Bridge alongside support for Thunderbolt.

The Asus Eee Pad Transformer, a slate that transforms into a notebook, has been confirmed for an April launch with a starting price of $399 for the 16GB WiFi only model and a $150 price for the keyboard dock that adds battery life. Asus has stated that the Eee Pad Transformer will be available in the U.S. at stores like Best Buy and Newegg by the end of April. It looks like it will be the cheapest HoneyComb tablet, and perhaps a good alternative to the iPad 2 for users that want the ability to switch back to a notebook form factor.

We also have a review of Dragon Dictate 2.0 for Mac, a speech to text application that lets you dictate your writing to the computer and control the computer with commands. We think the tool has room for improvement, especially with a memory leak when using Word, but with practice and for users that cannot type or mouse fast or well, it is worth looking into. Head over to Notebooks to see our full review of Dragon Dictate 2.0 for Mac.

Wrapping up, we also have a review of the Scosche MotorMouth II Bluetooth adapter that turns you car’s auxilary port into a speakerphone and allows you to stream audio via Bluetooth from your phone or iPad. The streaming audio quality is good and speakerphone works as advertised, though road noise does come across to the caller in some cars. See the full review for more images and a full review of MotorMouth II call quality, streaming quality and ease of use.