Apple’s own iPad smart cover serves as a stand and wakes the iPad up using the built-in magnets. However it uses a cheaper-feeling material to cover and protect the screen, while leaving the back of the iPad unprotected. The Smart Cover folds up to create a triangle behind the iPad that hold it up in a couple of angles, which can be useful. But the Moshi VersaCover takes all these Smart Cover ideas and improves on them.

The Moshi VersaCover Mini protects both the front and back while adding very little thickness to the smaller iPad. It adds a third viewing angle. And it certainly feels like a better quality material. 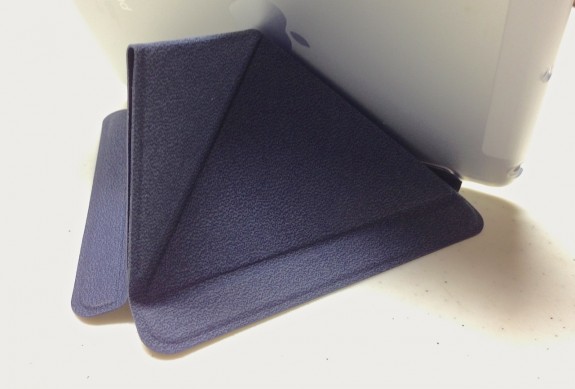 See how the folding cover works in the company’s demo of the larger iPad version.

The Moshi VersaCover Mini doesn’t fold over on itself creating a triangle. Instead it uses an origami style of folding to offer three viewing angles instead of just two. Learning to fold it to get all three folding patterns takes getting used to. Once the user gets it right, it’s easy to duplicate.

We tried out the VersaCover Mini Denim Blue, which looks really nice on the white iPad mini. They also offer an Aloe Green, Sakura Pink and Velvet Gray model. All four cost $50 direct from the Moshi Store. 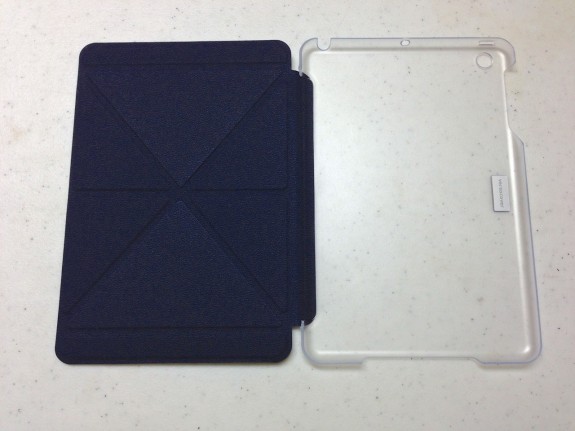 The inside of the origami cover feels only a little softer than the front. 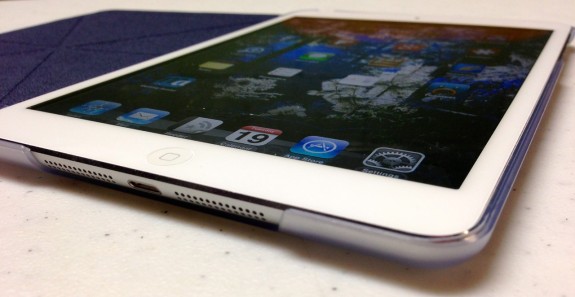 The plastic back gives us access to all ports and buttons. There’s also a cutout for the camera on the back.

We love that the VersaCover doesn’t add weight or bulk. It also feels good. The front feels like a fine suede while the plastic back feels textured instead of smooth. This gives the case some grip.

Unfortunately, the origami folding patterns leave the iPad mini a little wobbly while in the highest viewing angle. The magnets hold the pattern firmly, but the iPad mini feels unstable when tapping the screen at such an upright angle. The two lower angles feel sturdy even while typing on the screen. 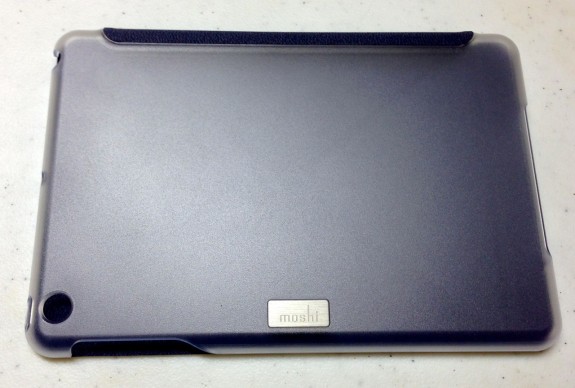 We really like the Moshi VersaCover Mini for the iPad mini and recommend it to buyers. The $50 price might scare some people away. We bought the iPad mini Apple SmartCover and a clear plastic Rocketfish Mobile Hard Shell Case for the iPad mini. The two together gives us the same front and back protection as the VersaCover, but cost $60 combined. Save some money and get a better cover from Moshi. 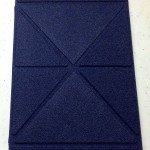 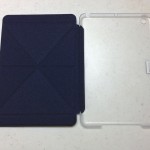 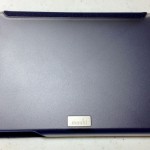 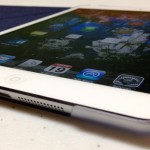 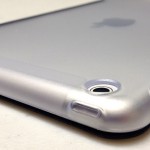 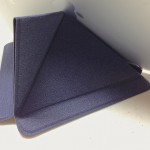 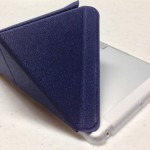 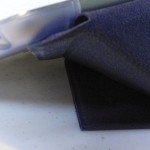 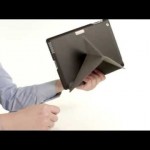