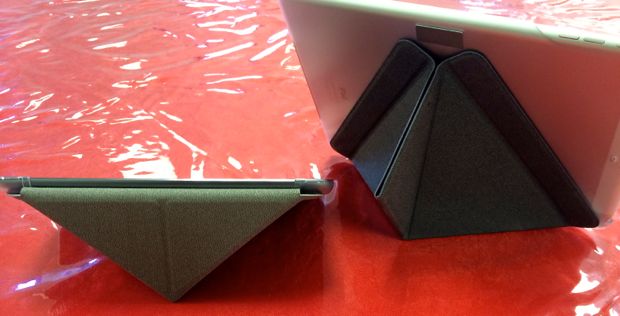 The Moshi VersaCover comes in a version for both the new iPad Air and the new iPad mini. A clear plastic back snaps onto the iPad and protects the back and edges from scratches, bumps and dings. It’s not a rugged case that will keep it from breaking if the user drops the iPad. However, the back and the screen cover give the user more peace of mind than they’d enjoy if they carried around their iPad without a case or cover at all.

Here’s a video that shows how the cover folds to prop up the stand. It’s actually for the iPad 3 but works the same way on the new models.

The folds in the case’s cover make it possible to prop the iPad at many angles. It feels like origami. Moshi says it will hold the iPad at 40-degrees, 50-degrees and 60-degrees. Creative types might find more ways to fold the cover for different angles. 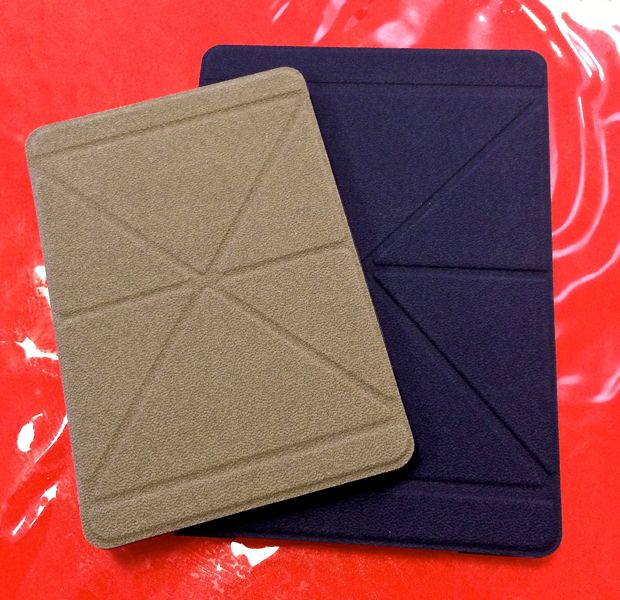 The cover looks and feels nice, with a soft microfiber material that the owner can also use to wipe the screen. The magnetic wake feature also works on these cases.

Moshi makes the best thin and light iPad case and does so at a better price than Apple and most others. We still recommend the Moshi VersaCover, now available for both the iPad Air and iPad mini. 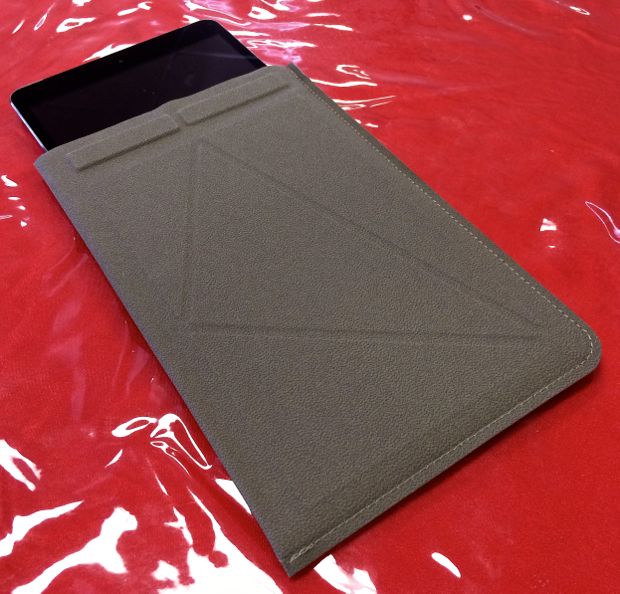 Moshi also offers a pouch that uses the same origami style folds called the Moshi VersaPouch mini. It houses the iPad mini using magnets in the opening end to hold it closed. The iPad mini fits in the pouch perfectly and it doesn’t add much thickness or weight. Pull out the iPad mini and fold the pouch the right way to prop the iPad up in either landscape or portrait mode. 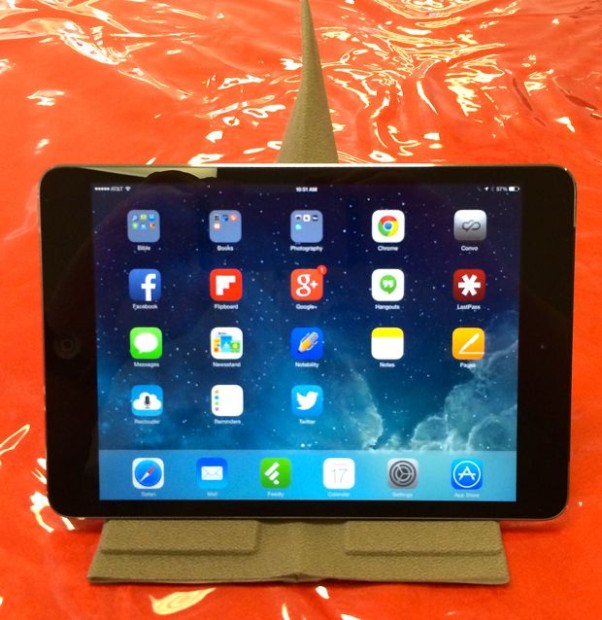 The VersaPouch mini costs $30. As a pouch we like it. The stand works okay, but the iPad mini slides off sometimes. At the price, we recommend it as a pouch alone. People who primarily want it as a stand should look elsewhere. It doesn’t work as well as the VersaCover. 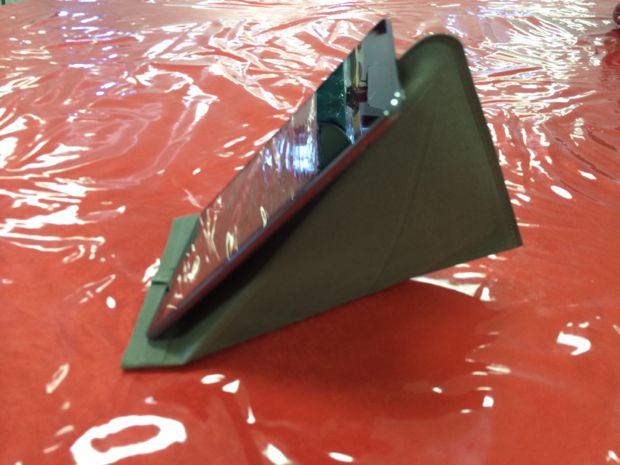