What are the most popular videos of 2015? It depends who you ask, but we made it easy by rounding up the most watched YouTube videos of 2015 and the most upvoted videos on Reddit into an easy to watch list that shows what people watched in 2015.

The most popular YouTube videos are all music videos, so it’s more of a look at what people are listening to in pop culture. YouTube is clearly a place for users to go listen to popular songs that aren’t available on streaming services.

To add some variety we look at the most popular videos from Reddit, which delivers comedic relief and more entertainment than music videos.

Most Popular Videos of 2015 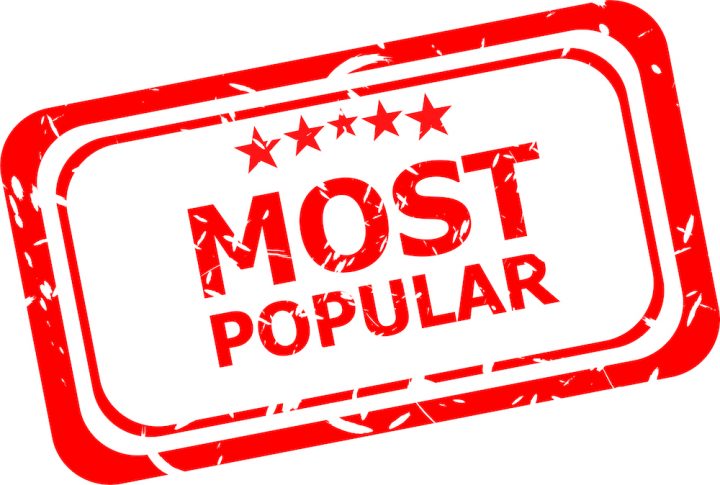 You can watch the videos below to see the most viewed, shared and upvoted videos of 2015. Some of these are NSFW, so watch at your own risk. We’ll mark those that we know you need to watch out for, but there may be a few that push the boundaries of your workplace. Headphones and viewing away from work are recommended.

If you want entertaining and comedic videos, you’ll want to look at the most upvoted videos on the Reddit Videos subreddit for 2015.

Watch as James tries to pick up Regina, with a one minute time machine that walks through almost every variation of the pickup process. NSFW, in many ways.

Without saying a word a man builds a hut using his hands and things he finds and makes in the woods. It’s a longer video, but certainly one you need to watch.

Aya – Little Boy Trying to Break a Board

A heartwarming tale of a small child, a board and Aya! Watch as a small boy tries to break a board in Taekwondo.

Watch as Shin Lim attempts to fool Pen and Teller on Fool Us. And by attempt, we mean amazes and fools without a doubt. This is magically fun to watch.

A New Level of Archery

Watch a youth movement in Russia stop bad drivers from ignoring traffic regulations by standing in the way, filming and ultimately shaming drivers with stickers when they attempt to drive on sidewalks and other areas.

The 8-bit Guy shows how oldschool gaming graphics worked on Commodore and Nintendo. It’s a 7-minute video, but if you love older games it’s certainly interesting.

What does a seven hour road trip with your sister lead to? An amazing lip-sync marathon that you absolutely have to watch. Seriously, take a minute and bring some joy to your day.

Keep Talking and Nobody Explodes

You would think watching someone else play a bomb defusing game wouldn’t be that fun, but this group of players pulls it off and has you hooked after just a few seconds.

Watch as Jiggly Boy, who was escorted from the game in 2003, returns to welcome Kevin Garnett back to the Timberwolves in 2015.

This video from Wiz Khalifa pays tribute to Paul Walker who tragically died right before Furious 7 arrived in theaters and this song put into works what some of the stars felt after working with Walker for years.

With a tune that you can’t get out of your head once you hear it, Maroon 5’s Sugar exploded on to social networks and YouTube in January as users shared the music video that shows the band “crashing” weddings across LA in December 2014.

Lean On is the third most viewed video of 2015 according to YouTube with over 800 million views. Many of these may come from users listening to the song without a subscription to Spotify or Apple Music.

From the new Delirium album, this single racked up over 800 million views this year as users couldn’t get enough of this song.

Taylor Swift may be one of the most recognized names on this list, but Bad Blood ranks in at number 5 despite a lot of radio plays and drama round the song itself.

Even though Hello didn’t come out until the end of the year, Adele rockets to the top taking the number six spot. Expect to see this outpace Taylor Swift before all is said and done.

Rounding out the top 10 most watched YouTube videos of 2015 are more music videos, listed below in order

Fifth Harmony – Worth It