Though many users and members of the media have been meeting AT&T’s and Verizon’s shift to finite and shared data plans in recent months, consumer behavior indicates that those plans may be more cost effective to users. In a recent survey conducted by NPD research, it appears that many smartphone users are consuming under 2 GB of data on mobile broadband networks, such as the 3G and 4G networks operated by AT&T Mobility, Sprint, T-Mobile USA, and Verizon Wireless. The low usage number can be attributed to the largely attributed to the growing number of open and connected WiFi hotspots. 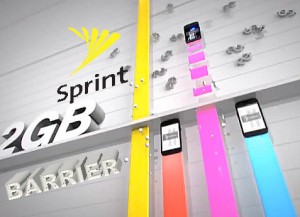 NPD collected information from over 1,000 Android smartphone owners and found that the majority of Sprint, Verizon, AT&T, and T-Mobile customers used under 2 GB of data. Tech Daily News reports that of all the national carriers, T-Mobile customers used the most data with over 11 percent of subscribers consuming over 3 GB of data monthly. This could be attributed to a younger audience on T-Mobile using more data to stream music and video.

And despite marketing its ‘truly unlimited’ data plans for years now, Sprint’s customers used as much data as other carriers–meaning under 2 GB monthly–and is short of T-Mobile’s customers’ usage. T-Mobile recently announced plans for truly unlimited data without throttling.

Larger carriers AT&T and Verizon, which have both switched from unlimited to tiered plans and is now offering family shared data plans, have both argued that metered data plans will end up costing customers less money month-to-month as many customers do not need or use unlimited data. Still, the promise of unlimited data plans is still alluring, offering potential to stream, upload and download at will anytime, anywhere and untethered to a WiFi access point.