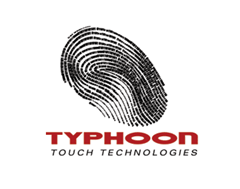 The Typhoon Touch Technologies patents are pretty broad, applying to a "self-contained, general-purpose, portable, keyboardless computer [with] an input/output device for displaying inquiries on a touch-sensitive screen". The keyboardless and touch elements are probably the key aspects since they’re suing Motion Computing, who also resold to Dell back in the day.

I am no lawyer, nor do I play one on TV, but the patents from Typhoon Touch Technologies seem very broad. Unless all makers of touch screen, keyboardless computers have licensed the patents from Typhoon Touch Technologies, it seems like Typhoon ought to be suing a bunch more companies than just Motion and Dell, assuming they really want to protect their intellectual property. Of course, companies sue each other all the time and frequently nothing ever comes from it, but I’ll be following this to see how it develops.

Motion Computing has just been informed of this claim and is currently in the process of reviewing the details.  To the best of our knowledge, Motion has not infringed patents owned by other parties.