After months of waiting and tons of hype the brand new Moto 360 Android Wear smartwatch is finally available to buy, sort of. Late last week all of the details, release date, and pricing were officially announced.

It was first debuted back in March when Google unveiled Android Wear, their OS built from the ground up for wearable devices like a smartwatch, and since then the Moto 360 has been the most anticipated option. Last week Motorola started selling the new smartwatch, which sold out in hours, as well as Google Play, and Best Buy.

The Moto 360 release date was technically September 5th, and you can try to buy the smartwatch from an array of different source, but so far the release isn’t going very smooth. Not only was it released months after the competition, but it’s out of stock everywhere with shipping dates slipping by the hour. Today it surfaced on the Google Play Store, but quickly went out of stock. Below is how the Moto 360 release and stock is holding up, and where you can buy one next week. 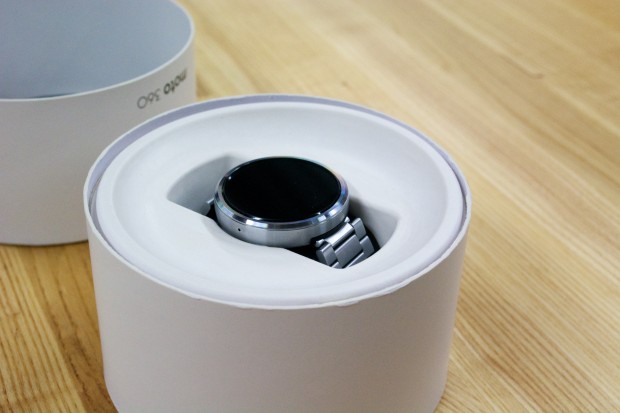 After months of waiting and launching over two months later than the first two Android Wear smartwatches, it’s here, but selling out quick. In fact, the Moto 360 sold out the same day it was released, which was September 5th.

The Moto 360 is sold out from Motorola.com with no details on when it will return, it sold out on BestBuy.com and hasn’t returned since September 5th, and the same can be said about the Google Play Store. However, users still have a few options, and more will be arriving early next week.

Today the Moto 360 in black was in stock on the Google Play Store. It didn’t last long, and was back to being “out of inventory” in a matter of minutes. We’re not sure how many sold, but shipping dates have slipped until September 25th from the Google Play Store, as confirmed from the screenshot below. 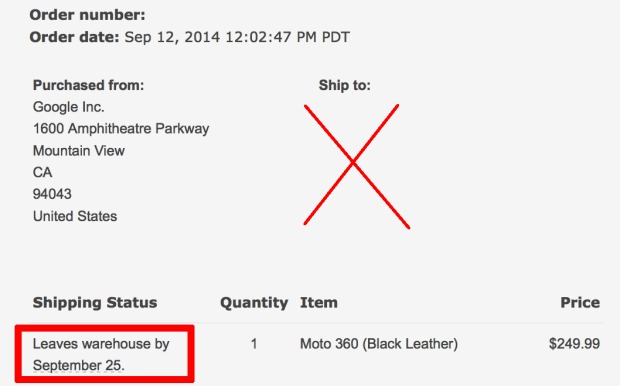 One lucky user was able to buy the Moto 360 from the Google Play Store, who sent us the screenshot above. Clearly showing it was purchased today from the Play Store, but shipping has slipped to September 25. It’s worth noting it says “by September 25th” meaning it could ship sooner than, but no later than that date.

This may be too long for some, not to mention prospective buyers may have better luck at Best Buy retail stores. Last week Best buy confirmed they’ll have the device in-store available for purchase starting September 14th, which is Monday, but we’re already seeing it readily available around the country, but they aren’t lasting long. Here in Las Vegas multiple stores have the gray Moto 360 for sale, but the all black option has been sold out completely, and I’ve yet to see it surface.

A few reports on Twitter and Google+ suggest both models are at select stores, and your luck will vary by location, timing, and amount if interest. A few readers said they bought one from stores in California and Arizona, and their Best Buy had both colors available. 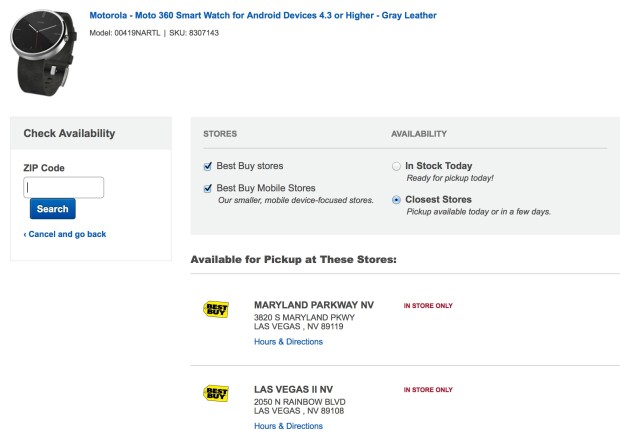 As you can see multiple Best Buy stores have stock available in-store today, but they should all have plenty come September 14th. We’ve yet to hear any word from Motorola regarding additional supplies, as their own website has been out of stock since September 5th. Last we saw it had the device on back-order until September 22nd, so we’ll have to wait and see.

Even with the new Apple Watch announcement this week, the Android Wear-powered Moto 360 is still extremely popular, and selling out quick. We’ll update the moment we have more details regarding additional availability for this impressive new smartwatch.