Starting under $200 without a contract, the Moto G 2015 offers a chance for users on a budget or on a pre-paid carrier to enjoy a smartphone experience that punches above its weight class with essential features. 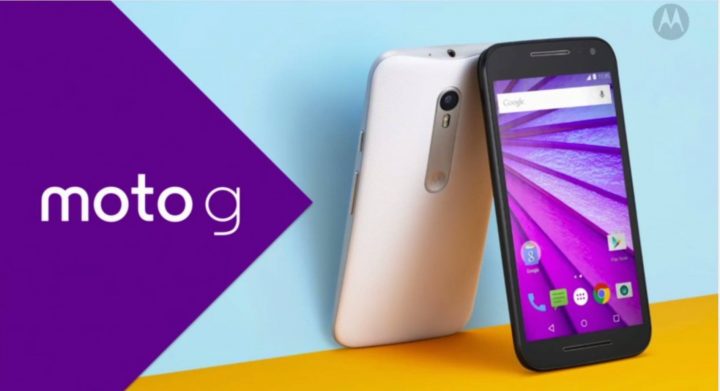 The new Moto G revolutionizes the smartphone choices for millions of buyers. The upgrades and features combine to offer an incredible value to shoppers.

Here is a closer look at five stand-out features on the new Moto G 3rd generation and what you need to know about the release.

The new Moto G 3 release date arrives today and the price is 1/3rd of the price of a flagship phone according to Motorola.

You can buy the new Moto G 3rd gen at Motorola, Best Buy and Amazon starting today and in stores at Best Buy on August 2nd. The Moto G 2015 price is $179 for 8GB with 1GB or RAM. Shoppers can also buy a 16GB Moto G 2015 with 2GB RAM on Motorola at an upgraded price.

The company played it coy with a specific price, but we expect more details in hours.

Motorola offers the Moto G 3 in black and white, but there are multiple color shells that users can buy and it will come to the MotoMaker soon. MotoMaker launched in Brazil today.

Motorola packs in major upgrades to the all new Moto G 2015 cameras. The front facing camera is now 5MP instead of a paltry 2MP. This will help deliver better looking selfies. 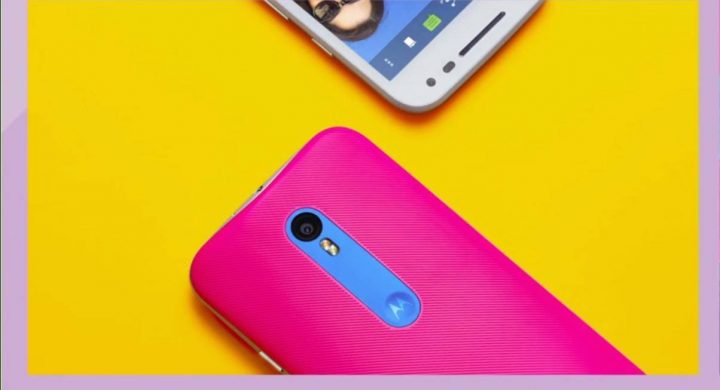 The Moto G includes the sensor from the Nexus 6, with improvements.

The rear-facing camera on the new Moto G 3 is a 13MP camera with CCT LED flash. This is a marked upgrade from the Moto G 2, and it should help you take better looking photos to share and to print. This is the sensor from the Nexus 6, with improvements. There is also an IR filter to help reduce glare.

With the Moto G, you can quickly flick your wrist to launch the camera so that you don’t miss out on the photo that is taking place right in front of you.

You can not go swimming with your Moto G 3, but you can take it to the pool, to the kitchen and even into the shower thanks to a IPx7 water rating. 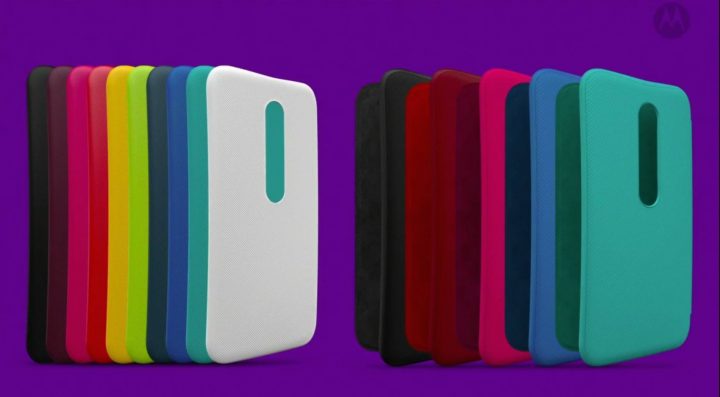 Even with a water-resistant design you can swap covers for a custom look.

Motorola calls this splash resistant, but the traditional IPX7 rating will handle a little more than a splash. This rating includes the ability to survive 1 meter of water for 30 minutes. You should not go dunking this phone into the water on purpose, but it can survive a complete immersion.

Motorola packs in pure Android Lollipop on the new Moto G 3, so even though you are buying a budget phone you get the best version of Android software on the market.

Even with Pure Android, there are important software features like Moto Assist, Moto Display and Moto Actions to do more with your phone. 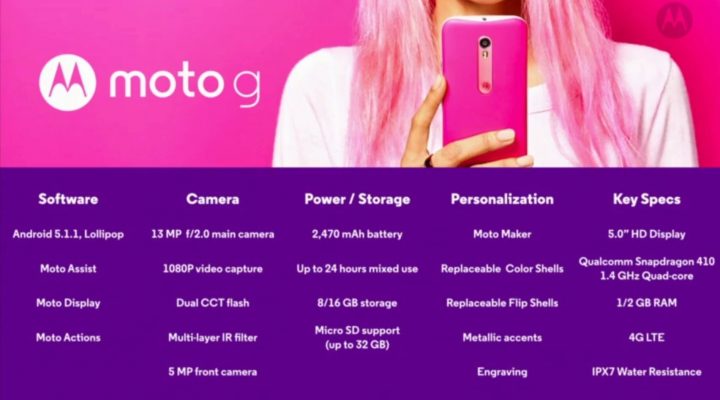 The Moto G 2015 specs deliver important upgrades that improve the phone to deliver better photos, longer battery life and at a competitive price.

The upgraded battery is much larger so users should see longer battery life with the new Moto G 3rd Gen. The Android Lollipop software also includes Motorola apps to automatically silence your phone while sleeping or in a meeting and includes support for gestures.