Back in November Motorola shocked the market by announcing an impressive and well-rounded smartphone for an extremely low price. Confirming leaks about a new device called the Moto G for only $179. The new smartphone is certainly the best bang for your buck when it comes to a smartphone, and will soon be available from Amazon.

Currently the Moto G is only available in a few select markets, and Motorola originally confirmed the US would be able to purchase the device early next year. However, last week it arrived completely unlocked from Motorola.com, and now it appears that Amazon will be offering the handset within the next week, instead of making us all wait until January to get our hands on the new smartphone. 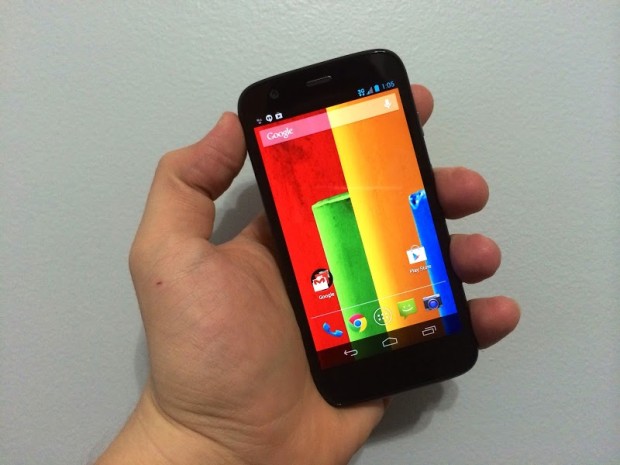 So what does the Moto G offer that makes it so impressive? A very well-rounded smartphone all for an extremely low wallet friendly price. Instead of $349 like the Nexus 5, or over $500 like most devices, you’ll get the Moto G completely unlocked without a contract for $179. It’s one heck of a deal, and we’ll have our full review of the new smartphone coming up quick.

The Moto G offers a 4.5-inch 720p HD display, Qualcomm’s 1.2 GHz quad-core Snapdragon 400 processor with 1GB of RAM, and offers 8GB of internal storage for $179. Then a 16GB model is also available for $20 more. Add in Android 4.3 Jelly Bean (with a promise to Android 4.4 in January) it offers nearly top-tier specs and the latest software from Google all for cheap. The only negative is there’s no 4G LTE, but for $179 we can’t complain.

Rather than wait until mid January as originally stated, Motorola’s jumped the gun due to overwhelming demand and launched the smartphone in the US. It’s currently not available directly from any carriers yet, but we’ve heard T-Mobile and Verizon are both already on board.

It can be found from Moto’s own site and is available for pre-order today at Amazon. Stating it will ship December 11th you’ll be able to get this device within the next two weeks. Stay tuned for a full GottaBeMobile review.