More details and leaks have continued to emerge regarding the new Moto X 2015 smartphone. The second generation Moto X was released in September of last year, but in 2015 a new Moto X could be coming even sooner. We’ve seen rumors of the specs, release date and more, and now a new small press photo has leaked, along with rumors of two devices coming this summer from Motorola.

Over the past few months we’ve received multiple different reports about a new Moto X for 2015, but we’re still waiting for concrete evidence or a photo of the new phone. This week though, an alleged photo is showing us our first actual look of what may be coming.

A random unconfirmed report surfaced back in May revealing some pretty impressive specs for Motorola’s next smartphone, and that report has been mirrored more than once. We’ve already went over what we hope to see from the new Moto X, and below are a few new details and a small photo that’s making the rounds.

The original Moto X was both announced and released in August of 2013, and last year it was replaced with a phone that was unveiled and went up for sale in September, just over a month later than the original. This year we’re hearing something similar, with Motorola’s own VP posting to Twitter that the company looks to stick to the same annual release cycle.

This means the Moto X 3rd Gen for 2015 could be here in August, but most likely we’re looking at a September release date, especially if the rumor below is accurate about TWO phones coming, not one. Below are the rumored specs and features of Motorola’s new phone, and some additional details that surfaced this week.

Rumor has it Motorola’s new phone will have the same 5.2-inch screen, but to compete with the Galaxy S6 and LG G4 it will have a new 2560 x 1440 2K resolution display. Then we’ll enjoy a powerful 8-core processor, tons of storage, a micro-SD slot, a better camera, and more importantly a much bigger battery.

However, this week another rumor started making the rounds that Motorola will offer two Moto X smartphones in 2015. Both will have the specs mentioned above, but one will be a 5.2-inch phone, and the other will be identical in all areas, have the same customization, but feature a bigger 5.7-inch screen, and a larger battery. 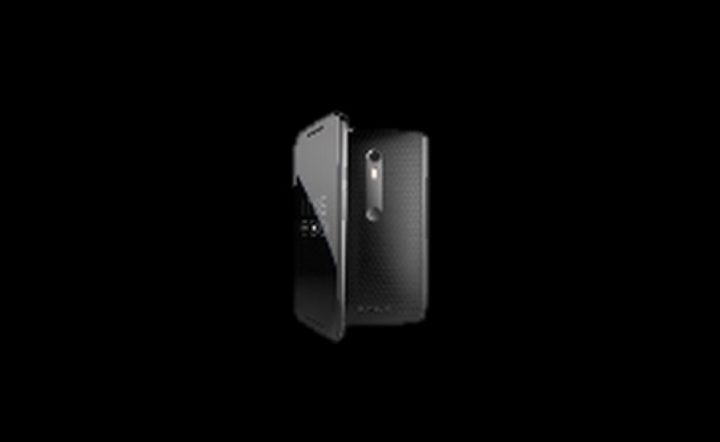 This would be the first year in a while Motorola released multiple phones, not including the DROID Turbo or Nexus 6. Giving buyers a choice between the regular Moto X, and a Note 5 sized Moto X would be a great move to compete with both of Samsung’s flagship phones, and compete with the LG G4.

Secondly, the image above (grainy and small) is the first actual photo that’s leaked of the new Moto X. It appears to be very similar to previous releases, but there’s a new metal bar on back near the improved 16 megapixel camera and the Motorola logo. We’re not sure if this will be a button, or maybe a fingerprint scanner, or what purpose it serves other than to simply be a design change, but we’ll have to wait and see. It does appear to show the ballistic nylon build materials the DROID Turbo on Verizon launched with, something we could see added to MotoMaker along with the colored backs, wood, and leather options from previous years.

The leakster claimed it was a very small press image, which was blown up to try and give us a better look at the device. For now we have no solid details to go on regarding the Moto X 3rd Generation for 2015, aside from all the leaked details mentioned above.

If all goes according to plan a bigger, better, more customizable Moto X is coming in August or September. If so, we’ll be learning more and seeing additional photos or leaks in the near future.